EDO NSW began 30 years ago as the Environmental Defender’s Office of NSW Inc., born from planning reforms in the early 1980s that put the public interest front and centre.

Thank you for supporting our 30th Anniversary Fundraising Auction

The 1970s was a time beset by development controversies and little regard for the rule of law in planning matters with corruption and the union movement’s “green bans”, which saved historic areas such as The Rocks, typical of the day.

The Wran Labor government stepped in with a range of changes, ushering in wholesale reforms to planning, development and heritage laws while also establishing the Land and Environment Court of NSW.

It soon became obvious that, there was an imbalance between the legal resources and expertise of the developers and those of the community groups. If community involvement and the public interest were to mean something, an independent legal service was needed to help local residents use these new laws to protect their communities and the environment.

The newly formed Environmental Law Association of NSW pushed the idea and with donations and a grant from the Legal Aid Commission, EDO NSW opened its doors in May 1985. Enquiries flooded in from all over the State on trees, developments, rezonings, quarries and mines. 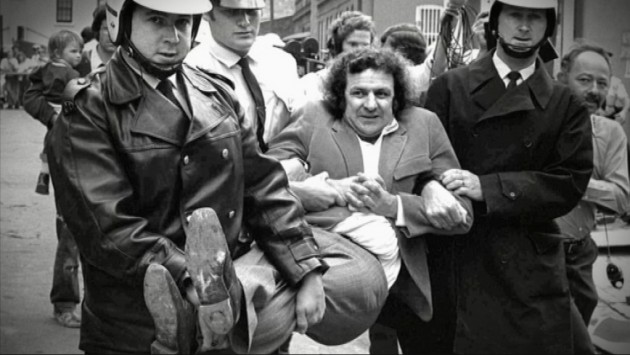 One of our first cases was on behalf of a local residents group concerned about the health effects of two quarries at Nethercote, near Eden in NSW. The rock to be quarried contained tremolite, a type of asbestos.  EDO NSW successfully negotiated stringent conditions, with the developers and the Bega Valley Shire Council, which answered the residents concerns. The Land and Environment Court later formally made orders in terms of the negotiated conditions.

You can read about our current cases on our website, including the Mackay Conservation Group’s community funded legal challenge to the Federal Environment Minister’s approval of the Carmichael coal mine in central Queensland and its impacts on the Great Barrier Reef. Another is the Friends of Tumblebee’s  challenge (see picture) to Cessnock City Council’s approval of a steel fabrication and workshop facility affecting the habitat of the critically endangered Regent Honeyeater.

During the 1990's EDOs were formed in other states and territories and now form a national network, EDOs of Australia. Here are some of the court cases run across Australia. 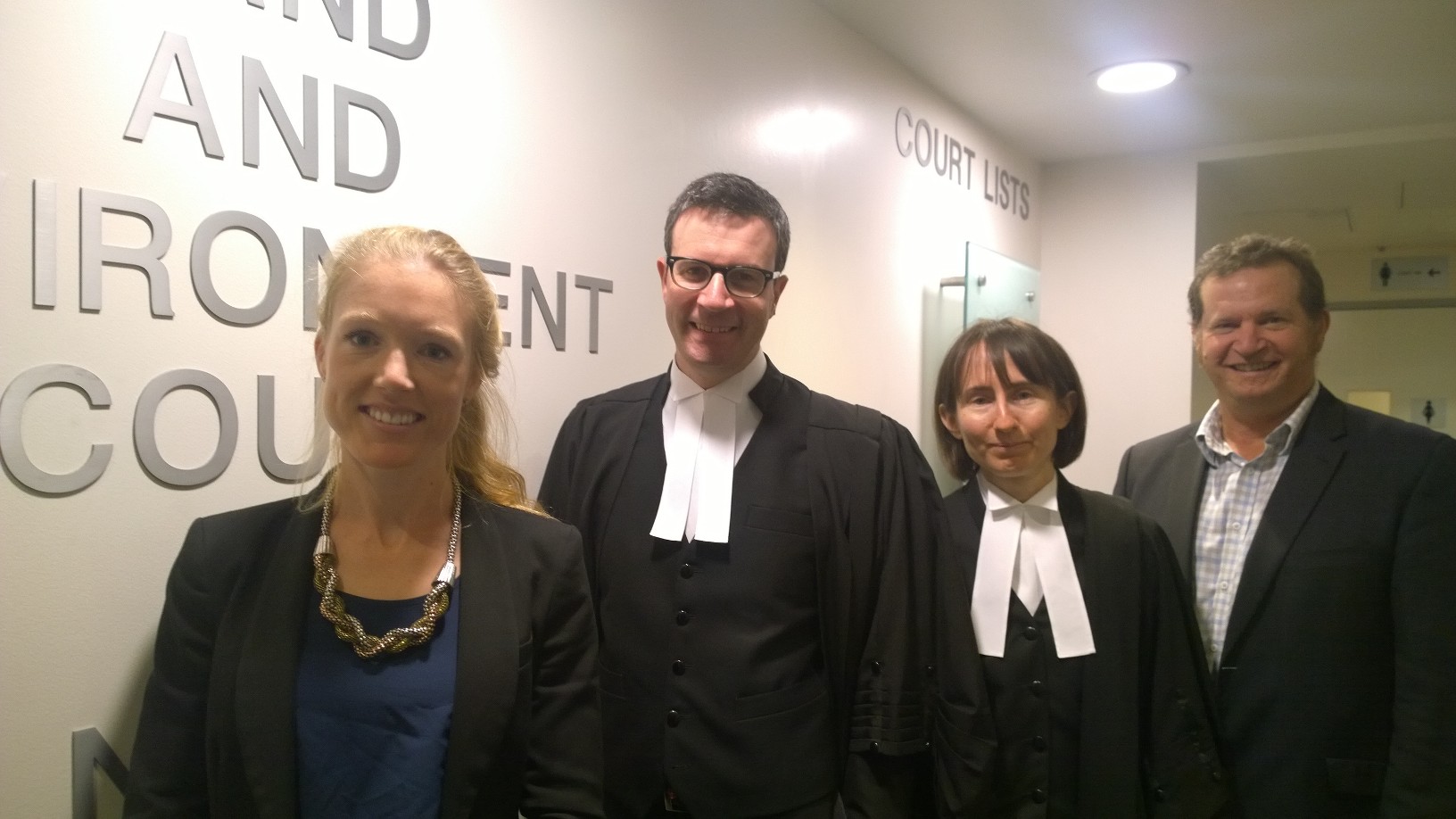 Receiving requests for legal advice from across the state meant that we were increasingly able to identify systemic problems in the legal system. In response, in the late 1980’s we established our Policy and Law Reform program that in the last year made over 40 submissions to State and Federal Governments.

Our policy and law reform work has helped set stricter air and water pollution standards, protected threatened animal and plant species as well as precious wilderness, forest, farmland and heritage buildings. A current focus is the proposed Federal handover of environmental approval powers to the states.

Each year we provide free telephone legal advice to over 1,000 individuals and community groups across the state and run  free legal education workshops to explain to people how they can have their say in development decisions and how they can enforce environmental laws. We also produce fact sheets and legal guides such as the "Mining Law in NSW: A guide for the community".

Now known as the Outreach Program, our public education services began in 1985 with EDO staff speaking at community meetings around the state. We quickly built a reputation for providing expert legal advice on environmental issues. By the early 1990’s, EDO solicitors were not only participating in community seminars but running their own - on water catchment management, endangered species legislation, forestry reform and coastal management.

Today EDO NSW presents over 20 workshops each year for community groups across the state. Earlier this year we held a workshop at the village of Bobs Farm, north of Newcastle, which explained how the local community (pictured),  can respond to development applications, like the proposed Bobs Farm sand mining project. If approved, it will extract 750,000 tonnes of sand a year from a site close to the local primary school. 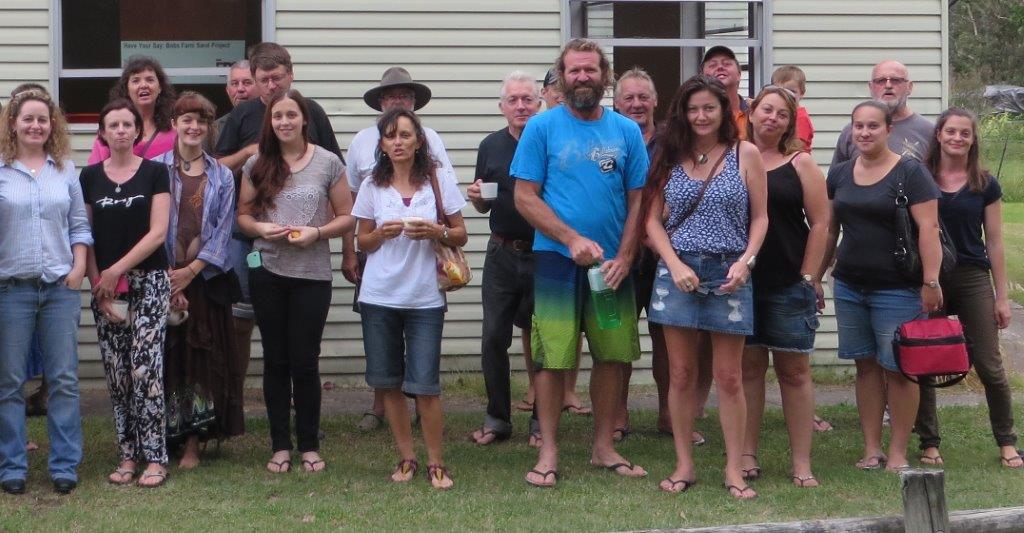 We are now also working nationally and internationally because the major environmental problems of our time aren’t just local, they’re global and interconnected. This means that EDO NSW’s work has expanded to include an Indigenous Engagement Program to advise, assist and represent Aboriginal communities on environmental matters such as the workshop at Byron Bay (pictured) about the NSW Government's proposed reforms to Aboriginal Heritage laws; an International Program to help build capacity of environmental lawyers in the South Pacific region; and a Scientific Advisory Service to ensure that the best available scientific knowledge is incorporated into all aspects of our work.

An Advocate of Transparent and Accountable Government

Throughout the past 30 years, we’ve always sought to hold governments and companies to account through our law reform work and court challenges, on behalf of the community, to environmentally damaging developments.

The NSW Independent Commission Against Corruption (ICAC) highlighted the importance of such ‘third party’ legal challenges to development decisions, as a safeguard against corruption in planning system. (Third party means, somebody other than the developer or the government body which approves a project).

“The limited availability of third party appeal rights under the Environmental Planning & Assessment Act 1979 means that an important check on executive government is absent… The absence of third party appeals creates an opportunity for corrupt conduct to occur, as an important disincentive for corrupt decision-making is absent from the planning system,” ICAC states in its  2012 report Anti-Corruption Safeguards and the NSW Planning System.

Using the Law to Defend the Environment.

The original Convenor of EDO, Professor Ben Boer, has watched the organisation’s development from its formative years.

“EDO NSW has influenced a generation of environmental law practice, not only in NSW, but also as the progenitor of EDOs in the other States and Territories.” Professor Boer said.

“I am confident that the EDO will still be here in another 30 years, for the simple reason that its raison d’être remains the same. It fills a gap that no private firm or educational institution is able to in promoting the defence of the environment.”

Thank you to everyone who attended our 30th Anniversary Fundraising Dinner. The evening was a great success, and we raised over $60,000.