Background: On 25 June 2018, the Water Amendment Bill 2018 (Bill) was passed by the Australian Parliament. The primary purpose of this Bill is to allow an amendment to the Murray Darling Basin Plan that had already been disallowed by the Senate, to be re-tabled and voted on again. The motivation for this unusual Bill was the disallowance of the Northern Basin Amendment[1] by the Australian Senate in February 2018.

The Northern Basin Amendment sought – amongst other things – to reduce the volume of water available to the environment by 70GL, increase groundwater extractions and allow water recovered for the environment in one catchment to count toward the water recovery target for another catchment.

EDOs of Australia (EDOA) strongly opposed this Amendment on the grounds that it would not fulfil a number of key requirements under the Water Act 2007 (Cth) (Water Act), in particular the requirement that limits on extractions reflect an ‘environmentally sustainable level of take’ (ESLT) and that the Basin Plan be based on best-available scientific knowledge and socio-economic evidence. We were also concerned that the proposal to reduce the volume of water available to the Macquarie Marshes and Gwydir Wetlands – both of which are listed under the Ramsar Convention on Wetlands – could result in Australia falling foul of its obligations under that Convention. 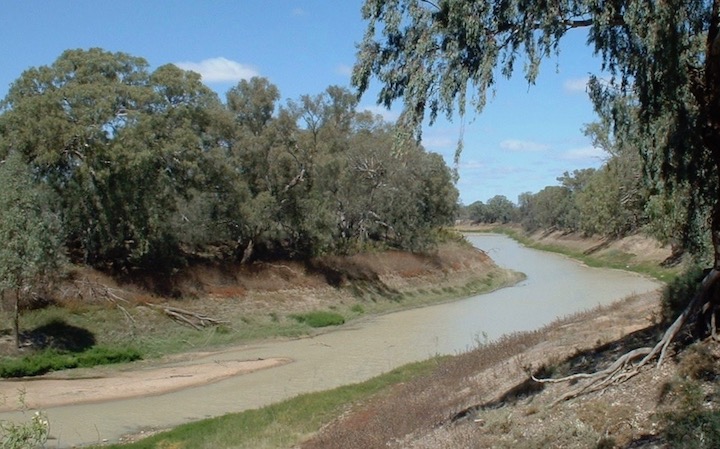 Key issues with the Bill: The Legislation Act 2003 (Cth) already allows a legislative instrument that has been disallowed to be re-tabled in Parliament. So why was this Bill necessary? In short, it was necessary in order to facilitate a number of exceptions. I will address these in turn.

First, the Bill allows for the community consultation provisions provided for in the Water Act to be circumvented. These provisions require all proposed amendments to the Basin Plan to be placed on public exhibition for a minimum of eight weeks and for the Murray-Darling Basin Authority (MDBA) to review and consider all submissions.

This circumvention is particularly problematic as the version of the Northern Basin Amendment that was placed on public exhibition in late 2016 is different to the version that was disallowed (and which will eventually be re-tabled). Some of these changes are significant and as such the public should have been afforded the opportunity to comment on them.

Second, the Bill allows a Basin State to request that water recovered for the environment in one catchment count toward the water recovery target in another catchment.[2] Where a request has already been made, it is assumed that it was made ‘in anticipation’ of the Northern Basin Amendment eventually being passed in Parliament and becoming law. In other words, even though there was no law authorising the request at the time it occurred, it will be deemed valid if the Northern Basin Amendment is eventually passed. This provision is problematic in a number of ways, not least because of the complete lack of transparency around water recovery ‘reallocations’ between catchments and because reallocations of this sort do not represent ‘best available science’, as required under the Water Act.

The Bill in context: EDO NSW has been closely analysing Basin laws and policies for over 10 years. With the benefit of hindsight, we can now clearly see that a variety of statutory and non-statutory mechanisms have been employed to reduce the volume of water recovered for the environment under the Basin Plan and to ensure the additional 450GL of water for the environment provided for under the Water Act is non-binding and linked to on-farm efficiency works – which may or may not actually result in a physical increase in the volume of water in our rivers.

It is also likely that this trajectory has involved a number of breaches of the Water Act and possibly the Plan itself.

This trend – of which the Bill is the latest example – is discussed in greater detail in this Briefing Note.

Why are the continual reductions and amendments a problem? Apart from potentially undermining the rule of law, this trajectory could result in the incremental deterioration of the Murray-Darling system, including its 16 Ramsar-listed wetlands. It is difficult to see how this could be in the long-term interests of communities and industries that ultimately depend on a healthy river system to not just survive, but prosper.

Of further concern is the lack of transparency underpinning management and decision-making processes at the NSW and Commonwealth levels. For example, the business cases for the 36 supply measure projects – and the MDBA’s assessment of these projects – were not made available to the public before the Adjustment Mechanism Amendment[3] was voted on by Parliament. Similarly, approximately $182,352,078 was paid to five entities in 2017 to acquire what can mostly be characterised as ‘low security’ water entitlements. The public was not consulted about these purchases, and information about the specific class or security level of the licences purchased (which goes to their environmental utility) was not made available by the Government until well after the fact – and only in relation to three purchases which have come under intense media scrutiny.

What is EDO NSW doing? We have consistently argued that our most important – and scarcest – resource should be managed in accordance with the Water Act, openly and in the public interest. Despite this, the actual volume of water being recovered for the environment under the Basin Plan continues to be revised down through a variety of mechanisms, while the public is often denied access to information underpinning important decision-making processes. EDO NSW will continue to seek to uphold the rule of law – and to improve the public’s access to information about water management in the MDB.

[2] This is limited to the ‘shared recovery target’.