EDO NSW Solicitor Emily Long is in the Hunter Valley today presenting legal submissions to the Independent Planning Commission on the proposal by Yancoal to change the terms of its Court-made approval for the South East Open Cut Coal mine.

Emily is representing the Hunter Environment Lobby, who we acted for in the merits appeal and court of appeal proceedings challenging this open cut coal mine. 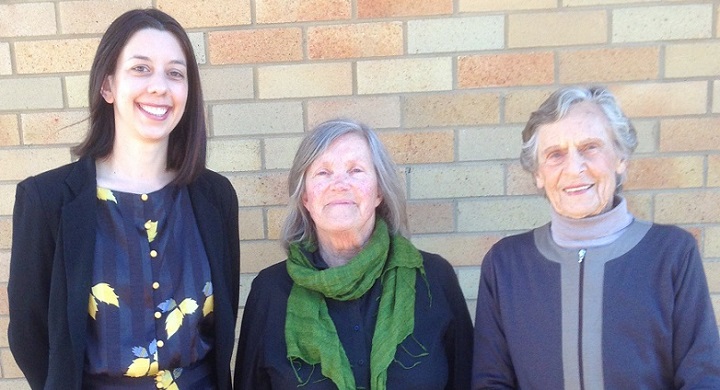 Ashton’s SEOC coal mine, 14km north-west of Singleton, was subject to a community merits appeal in the NSW Land and Environment Court in 2012. The project was approved in 2015 with a strict set of conditions.

An appeal of these conditions by Yancoal was rejected by the Supreme Court in 2015. Two weeks later, Yancoal wrote to the Department of Planning about amending the Court-made approval. That is the application that’s now before the Commission.

The development of the mine cannot commence until the property owned by Wendy Bowman is sold or leased to Yancoal.

Wendy is standing firm against the mine for environmental reasons and was awarded the international Goldman Environmental Award in 2017 for her stance.

While the condition relating to Wendy’s property stands, the modification is an attempt to relax the lapse period of the approval which is meant to expire in 2022. It is also an attempt to postpone the voluntary acquisition rights of the remaining private residents in Camberwell Village.

The community is opposed to Yancoal’s modification application because it is seen as an attempt by mining giant Yancoal to relax its conditions of approval, by allowing it to determine when it will go ahead with the mine.  It is also seeking to postpone the rights of adjoining landowners to apply for compensation, until such time as Yancoal decides it wants to use its approval.

Our client is concerned that will create a situation whereby residents are in a perpetual state of uncertainty as to whether or not this mine is going to go ahead, and will place undue pressure on Mrs Bowman to sell to Yancoal.