Analysis: the ever changing face of Barangaroo - EDO NSW

Analysis: the ever changing face of Barangaroo

The massive urban renewal project underway on public land at Barangaroo has had its fair share of controversy. It has been criticised for its ever-increasing bulk and scale, for being an abuse of the planning process, for representing bad value to the NSW public and has been the subject of two court cases, the most recent concerning the location of the Crown Sydney casino.

Originally, the development of the site was the subject of an international design competition, which was won by Hills Thalis Architects in 2006. Their vision for the site was a mix of residential, commercial and recreational uses. Total floor space was around 400,000 square meters, the tallest building was 92 meters, and a harbourside park ran the length of the waterfront.

Fast forward 10 years and the reality is vastly different.

The winning design has been abandoned. The tallest building is currently planned to be 275 metres. Residential and commercial floorspaces have both increased significantly and the public foreshore along the harbour has reduced by half in places. The original staggered profile has been reversed; buildings now rise up directly from the foreshore, dominating the harbour and monopolising views.

The Crown Sydney Casino is a case in point – it will be the tallest building on the site and located on the foreshore, on land originally set aside as a public park. 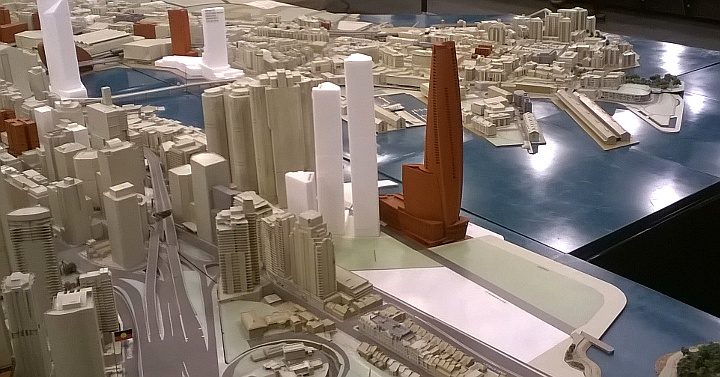 A model of the Barangaroo development showing the casino and hotel

How did a casino come to dominate Barangaroo?

In 2013, the NSW Parliament passed a special amendment to the Casino Control Act 1992 to authorise a casino on the Barangaroo site. An accompanying map placed the casino on land that was designated for use as a public park under the Barangaroo Concept Plan.

The Concept Plan for the site was first approved in 2007 under the now repealed Part 3A of the Environmental Planning and Assessment Act 1979 (Planning Act). Concept Plans set out the broad parameters of complex and multi-faceted projects. Individual development applications are lodged for each element of the project as work progresses. By law, each element must be consistent with the Concept Plan.

The Concept Plan for Barangaroo has been modified eight times so far, as the developer, Lend Lease, has sought to maximise the financial return from the site.

Part 3A was repealed in 2011. However, transitional provisions mean it continues to apply to certain developments, one of which is the Barangaroo site. This is significant because applications to modify Concept Plans originally approved under Part 3A are assessed under a more permissive modification power than that which applies to other development. It places no restrictions on the power of the Minister to modify a Concept Plan and does not require the public to be consulted before a modification can be approved. In contrast, other development modification provisions require the modified development to be substantially the same development as was originally approved, and the public has a right to be consulted

The community takes a stand

In 2016, community group Millers Point Fund Inc. engaged us to help them challenge the Planning Assessment Commission’s (PAC) decision to modify the Concept Plan and to approve the Casino. 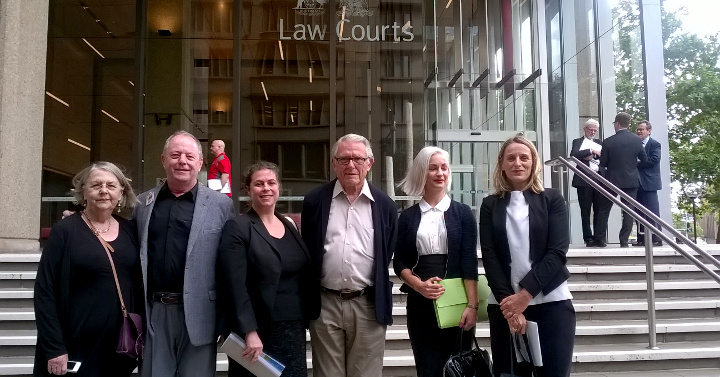 The modification and development application for the Casino had been vigorously opposed by the community and the City of Sydney Council, which had argued for the retention of the public park on the foreshore.

In making its determination, the PAC said it had a ‘great deal of sympathy’ for these views, but that the NSW Government effectively settled the location of the Crown Sydney Casino when it amended the Casino Control Act.

The approvals are upheld

On 23 December 2016, the Land and Environment Court delivered its judgment upholding the modification to the Concept Plan and the Casino’s development consent. The Court agreed that the PAC had erroneously taken into account the location of the Casino under the Casino Control Act, but also found evidence that the PAC had not relied solely on the Casino Control Act in deciding whether to approve the Casino on the public foreshore. According to the Court, the PAC had, as required, undertaken a full merits assessment of the proposal by weighing up all the impacts and benefits of the proposal before finding that the Casino should be located on the public foreshore.

Fixing our planning laws in the public interest

Despite the disappointing result, this case has been important for two main reasons.

First, after the decision, the Court confirmed that the case had been brought in the ‘public interest,’ because it involved public law obligations and the prime motivation for initiating the proceedings was to enforce public law obligations regarding the development of public land and the matter concerned a broad sector of the community beyond local residents.

This is a clear signal from the Court that the public has a right to scrutinise and challenge the ‘development creep’ and modification processes that are currently causing so much concern across NSW communities.

Second, it has highlighted the problem with retaining repealed sections of the Planning Act. Part 3A was repealed because it was so unpopular. It was unpopular because it placed too much discretion in the hands of the consent authority and sidelined the community in important planning decisions.

For some time, we have argued in our policy submissions that the transitional provisions that have allowed the continued application of Part 3A, including the permissive modification powers should be switched off for good. It appears that the NSW Government is now taking some action on this and is currently proposing to amend the NSW Planning laws to put an end to the Part 3A transitional provisions.

It will be a very positive step if the proposed changes become law as it will prevent the kind of development creep that has led to Barangaroo development being so contentious.

Lawyers: dig deeper into this case

On 5 April 2017, we are holding a CPD seminar for lawyers and interested members of the community on the Court’s decision and implications for planning law in NSW.  You can register for the seminar on our website.

Find out more about the changes to Planning Law

EDO NSW has lodged a submission on the proposed changes to the Planning Law, including those relating to Part 3A and section 75W.  Public consultation on the planning laws closes on 31 March 2017. 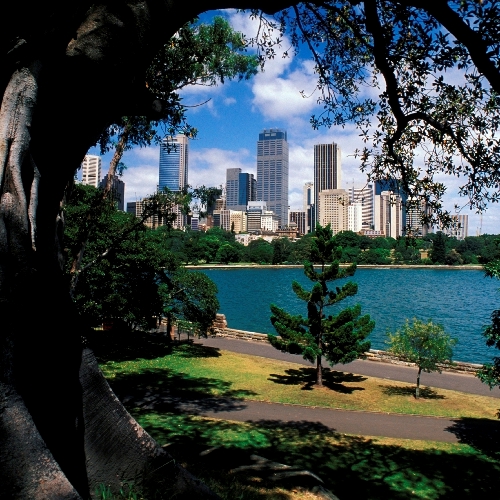 Check out our Fact Sheets on Planning, Development & Heritage 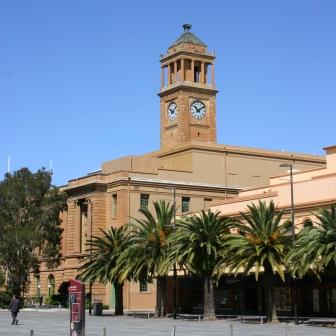 Check out our Past Cases on Planning, Development & Heritage