The NSW Parliament this week passed a law to overrule the Court of Appeal’s decision that the Springvale coal mine was unlawfully approved. But it went one step further and also weakened laws that protect Sydney’s drinking water catchment. This retroactive law denies the public the opportunity to hear extensive expert evidence on the future of the mine and allows industries like mining to continue polluting Sydney’s drinking water into the future.

In August this year, the NSW Court of Appeal held that planning approval for an extension to the Springvale mine was invalid as the mine did not meet a legal standard designed to protect the quality of Sydney’s drinking water. The standard is known as the ‘neutral or beneficial effect’ test, or NorBE, and it requires a consent authority to refuse development consent to a proposed development unless it is satisfied it will have a neutral or beneficial effect on water quality.

A variation of the NorBE test was first introduced in 1998, following a series of contamination incidents in the Sydney drinking water catchment. This test is vital to ensuring developments within the catchment do not individually or cumulatively pollute water and that the water supplied to the communities of Sydney and its surrounds is safe to drink. 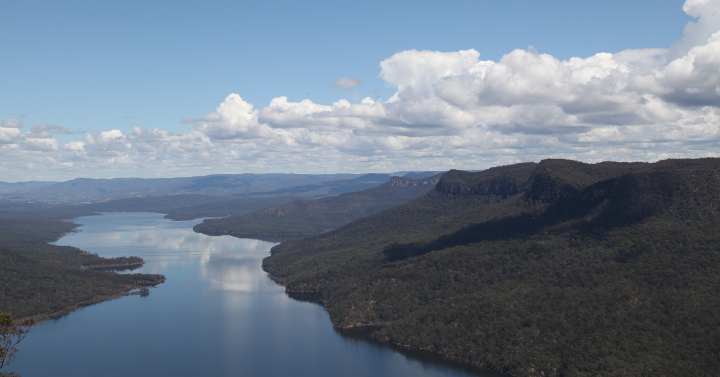 Community group 4nature, represented by EDO NSW, challenged the consent for the extension to the Springvale coal mine on the grounds that the NorBE test had not been met. The Land and Environment Court dismissed the case but on appeal the NSW Court of Appeal found that the test had not been applied correctly and therefore the consent was invalid. The Court of Appeal remitted the matter back to the Land and Environment Court to hear submissions from both parties before making orders that will determine the future of the mine. The hearing was due to start on Monday next week (16 October).

Instead of allowing the Land and Environment Court to implement the findings of the Court of Appeal, the Government introduced and the Parliament passed legislation to permit the mine to continue operating. These laws were introduced in response to Springvale mine’s claim that as the current sole provider of coal to the Mt Piper Power Station, if the Court orders the mine to close, Mt Piper will need to find an alternative source of coal which may impact on energy supply. The Government claimed this would lead to an energy crisis and drive up the cost of energy for consumers. The passing of the special legislation means the public won’t be able to hear these statements tested in Court by experts.

The new legislation includes a provision that validates the Springvale mine extension effective from the date it was originally approved back in 2015. But it also changes how the NorBE test is applied to existing developments that are seeking to expand. Those developments, referred to as ‘continuing developments’, are taken to have a neutral or beneficial effect on water quality if they will have the same or lesser adverse impact on water quality as the existing development. These changes come despite the recent finding of the 2016 Audit of the Sydney Water Drinking Catchment that coal mining in Sydney's drinking water catchment is having a cumulative and possibly accelerated impact on our drinking water.

This new legislation means that while new developments must have a neutral or beneficial effect on water quality, existing developments wishing to expand can continue to pollute at their current levels, no matter how out of date those standards might be. This will not only prevent continuous improvement in pollution management (a key element of our pollution laws) in Sydney's drinking water catchment, it places existing polluting industries at an advantage over any new developments within the catchment which must meet a higher standard under the NorBE test. This is particularly problematic where a mine or other development is operating under old and out of date consent conditions that do not meet modern standards of technology, efficiency or environmental compliance. There is currently no legal mechanism in place to ensure consent conditions evolve with available technology, monitoring data and community expectations and these changes remove an opportunity for existing industries to come up to date with more environmental and community standards.

Until the NSW Government adopts the practice of regularly updating consent conditions, the proposed changes to the NorBE test could pose unacceptable levels of risk to our drinking water and the overall health of the Catchment.

UPDATE: Join the legal team who ran the case, barrister Nicholas Kelly and EDO NSW Senior Solicitor Rana Koroglu, in Sydney on 1 December 2017 to find out more about how this case was won, the precedent value of the judgment, and the effect of the special legislation. Register now.