Clearing Stops of Leard Forest for Open Cut Coal Mine

The threatened animal species hibernating in the Leard State forest received a reprieve  from the clearing by Whitehaven Coal, thanks to the tenacity and vigilance of a local community group near Narrabri in north-western NSW. 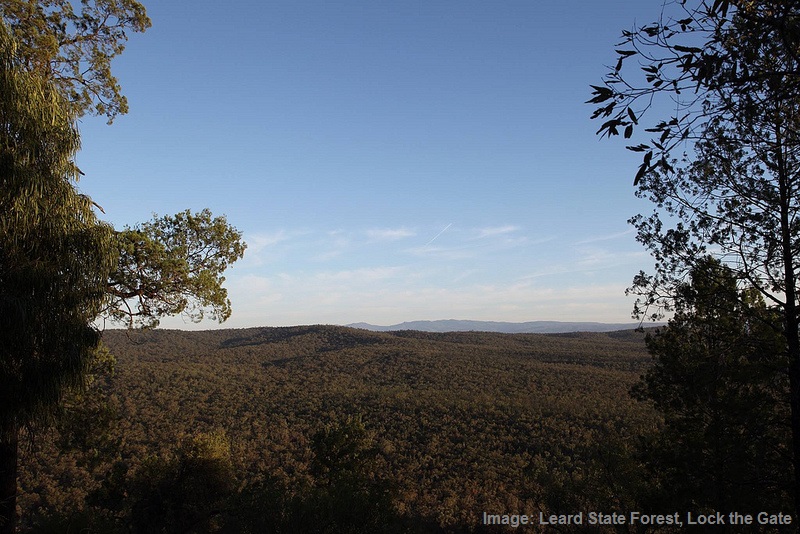 The Maules Creek Community Council, represented by EDO NSW, launched civil proceedings in the Land and Environment Court to halt the winter clearing of the forest to stop what they argue is a breach of Whitehaven’s development approval conditions.

Civil enforcement action is taken by the community rather than the government regulator. This can be a difficult and time consuming but the Maules Creek Community Council decided to take this action to try and save the plants and animals living in this area, some of which are listed as being threatened with extinction.

The new Maules Creek coal mine project involves a total clearing of 1664 hectares of forest which provide habitat for threatened species including bats, koalas, forest owls, the Swift Parrot and the Regent Honeyeater.

The community group applied for an interim injunction to stop the clearing. The application was heard over two days with a judgment expected at 4pm on Thursday 12 June. However, before the judgment was handed down, Whitehaven instead gave an undertaking to the Court that it will halt the clearing until a full hearing on the matter, expected in early September.

The clearing has been allowed under changes to the Biodiversity Management Plan which was approved by the NSW Department of Planning. The community group argues that these changes were invalid.

The case concerning the legality of the winter clearing of the Leard Forest for the Maules Creek coal mine is far from over. However the community has sent a powerful message that they will be watching this project every step of the way.

EDO NSW is grateful to barristers Tom Howard SC and James Johnson who are acting as counsel for the Maules Creek Community Council.