Today the NSW Land & Environment Court ordered that “on and from 24 August 2017, the Land Management (Native Vegetation) Code 2017 has been invalid and of no effect.” This extraordinary order stems from a legal error made by the NSW Minister for Primary Industries, but belies a profound problem with the new biodiversity and land clearing laws and management system in NSW

Against the advice of expert ecologists, scientists, Landcare farmers, lawyers and community members across the state, the NSW Government commenced a new scheme for regulating biodiversity and vegetation clearing on 25 August last year.

EDO NSW brought legal action on behalf of the Nature Conservation Council of NSW (NCC) to challenge the Land Management (Native Vegetation) Code 2017 on two grounds. Conceding on the first ground, that the Environment Minister failed to provide agreement on the new code, means that the NSW Government does not have to answer the second ground of the challenge in Court – that is, that the Ministers did not take into account the principles of ecologically sustainable development (ESD) as legally required. This would have been particularly awkward for the NSW Government as it would have had to show how it thought that reintroducing broadscale land clearing of native vegetation is consistent with the ESD principles including: the precautionary principle [where there are threats of serious or irreversible environmental damage, lack of full scientific certainty should not be used as a reason for postponing measures to prevent environmental degradation], providing equity for future generations and ensuring that biological diversity and ecological integrity are a fundamental consideration as required by law. 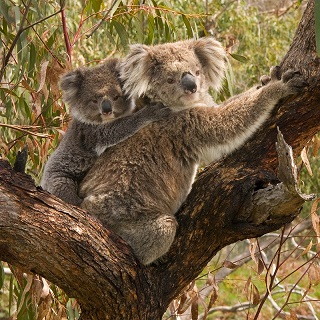 The effect of the Court order means that any clearing that has been done under the invalid code since 25 August is actually unlawful. The case was filed in November 2017 and the Government was immediately put on notice that any clearing occurring under the Code could be unlawful and ‘extreme caution’ should be exercised by any landholder undertaking any potentially unlawful clearing. Contrary to our advice, the Minister for Primary Industries did not communicate this risk to landholders. While prosecutions of landholders who have done Code-based clearing in the last six months is unlikely and unfair in the absence of clear maps and legally accurate guidance, it is now important to ask - what has the environmental impact of this debacle been? How much native vegetation has been cleared since August?

Regrettably, we will never know.  The new laws don’t require specific clearing information to be made public, except sporadically in aggregate totals.

What happens next is important. We work with landholders across the state who are amazing stewards of their land and biodiversity and will continue to be despite the legal and policy low point the NSW has now hit. Compounding the difficulty for landholders who have been trying to do the right thing under the Code has been the fact that crucial maps to indicate where clearing an occur are still not ready, even though the scheme commenced over six months ago.

A likely result of today’s Court order is that the NSW Government will remake the Code, following correct legal process. However, the Court victory provides a clear opportunity to do it properly this time.

The NSW Government now has a responsibility to ensure the Code has ecological rigour, transparency, clarity and meets legal requirements such as being consistent with the principles of ecologically sustainable development. The Environment Minister would be derelict in her duties to sign off on a Code that allows clearing of the nature and wildlife that she is supposed to protect. Landholders should not have to bear the liability risk for unclear legal requirements. Properly pausing to ensure that any new Code rules are evidence-based, clear and proportionate is essential to ensure healthy resilient rural landscapes now and in the future.

Update: The same day that the Court declared the Code invalid, the Minister for Primary Industries remade the code with the concurrence of the Minister for the Environment, effective 10 March 2018. The new Code was identical to the previous Code.