Complementary measures: is carp herpes really a substitute for water in the Murray-Darling? - EDO NSW

Complementary measures: is carp herpes really a substitute for water in the Murray-Darling?

The Australian Government is under pressure to implement new ‘complementary measures’ in the Murray-Darling Basin. These measures would substitute environmental water flows for actions that do not involve the release of water into the system – such as introducing a herpes virus to kill carp. However complementary measures are no substitute for water, and are not provided for under either the Water Act or Murray-Darling Basin Plan.

In our previous post on the Murray-Darling, we outlined how the focus of Murray-Darling Basin laws and policies have shifted over the last ten years or so.

When the Water Act was introduced by the Howard Government in 2007, there was a clear recognition that we had to reduce the amount of water we were consuming in order to conserve the Murray-Darling for future generations.

The goal back then was to restore the health of Australia’s largest river system – a system that is home to 16 internationally recognised (or ‘Ramsar’) wetlands, and which supplies most of our country’s irrigated agriculture.

Since 2007, the focus has shifted toward minimising the ‘socio-economic impacts’ associated with sustainable water use.

In practical terms, this means the Australian Government – contrary to the weight of scientific evidence – is returning far less water than is needed to restore the Murray-Darling and some of those internationally renowned Ramsar wetlands.

Complementary measures – not a substitute for water

The latest threat to sustainable water use in the Basin is so-called ‘complementary measures’. Proponents of these measures argue that certain natural resource management (NRM) actions can act as a substitute for water.

For example, it has been argued that killing European carp in the Murray-Darling system (with a herpes virus) means that the environment will need less water. The idea is that the water ‘offset’ by killing carp can be used for irrigation, mining or other consumptive uses rather than left in the river.

While there is no doubt that carp have a devastating effect on ecosystems across the Basin, there is no science to support the idea that pest eradication can act as a substitute for water. Furthermore, the CSIRO is still in the process of determining whether the carp herpes virus will have any unintended impacts on the environment or human health . In other words, it is not yet clear that the virus is safe, let alone capable of being used to offset water for the environment.

Even if the carp herpes virus is found to be safe, pest eradication should not be seen as a substitute for the water that is needed to sustain our rivers, aquifers and native species.

Up until now, pest control and other NRM actions have been used to enhance, not replace, water for the environment. For example, the Plan of Management for Narran Lakes – a Ramsar wetland in Northern NSW of particular significance to the Dharriwaa Aboriginal people – includes actions to control foxes and feral pigs. Controlling these pests is certainly necessary to protect the native birds, reptiles and animals that spend all or part of their lifecycle in the Lakes. But the Narran Lakes management plan recognises that no amount of pest control will ever change the fact that these wetlands and their dependent ecosystems need water – at the right times and in the right doses – to survive. Without this water, birds and fish cannot breed, native trees on the outer floodplain eventually die and Aboriginal customary use is disturbed.

As with the Narran Lakes, all NRM actions such as carp control should be used in addition to – not as a substitute for – the water that is needed to sustain the Murray-Darling.

Putting the science aside, the Basin Plan does not allow water to be ‘offset’ for complementary measures such as the carp herpes virus. 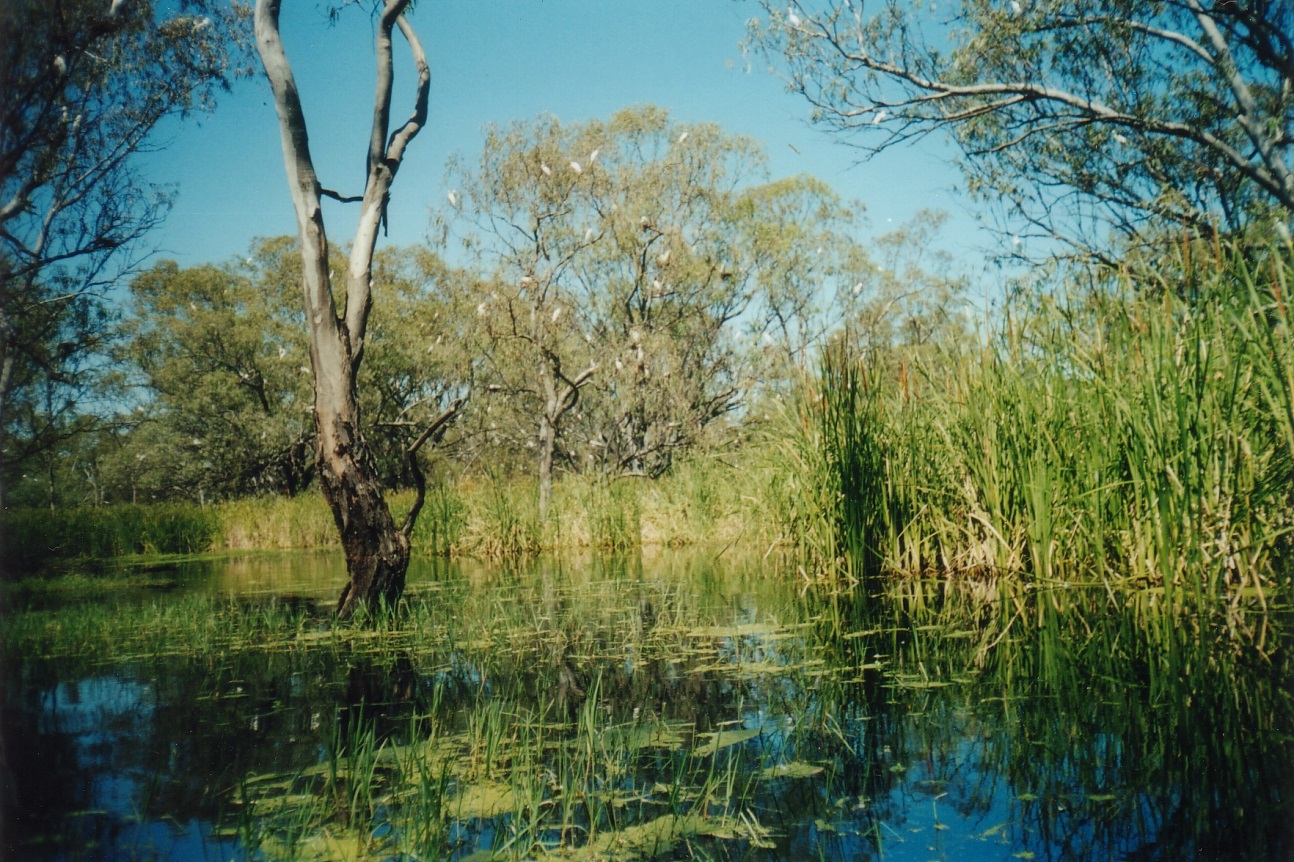 The Macquarie Marshes, one of the RAMSAR wetlands that may be affected by the Northern Basin Review. Image: Bev Smiles

So-called complementary measures are just one of many proposals to reduce the amount of water being returned to the environment under the Murray-Darling Basin Plan.

For example, the Government is also seeking to reduce the volume of environmental water available in the Gwydir and Macquarie catchments under the ‘Northern Basin review’. These catchments are home to two Ramsar wetlands, one of which (the Macquarie Marshes) was declared by the Australian Government in 2009 to be at risk of experiencing a ‘change in ecological character’. It doesn’t really make sense to acknowledge that a wetland is under significant stress on the one hand, but to take away even more water on the other.

Complementary measures and the proposal to reduce environmental water in the Northern Basin are particularly concerning as the extraction limits permitted under the Basin Plan are not - based on the Australian Government’s own science - environmentally sustainable.

It is clear that any proposal to further compromise the Plan must be rejected by the Australian Government and the Basin State Governments (Queensland, NSW, Victoria and South Australia).

Failure to do so would undermine, yet again, the Water Act’s vision for a healthy, sustainable river system.