This case could see a halt to the development and operation of Santos’ CSG water treatment facility near the Pilliga State Forest, an internationally renowned ecosystem near Narrabri in North-West NSW.

People for the Plains, a community group from the Pilliga, represented by public interest environmental lawyers EDO NSW, is taking CSG company Santos to court over its ‘Leewood’ CSG wastewater treatment facility. People for the Plains will argue that Santos’ construction of the facility, which will process millions of litres of CSG water, is unlawful.

EDO NSW CEO and Principal Solicitor Sue Higginson says, “The Leewood facility was assessed and approved as a CSG exploration activity. Our client contends that this was incorrect. Instead, the facility should have been subject to the development assessment process under the NSW planning system. In this way, Santos would have been required to prepare a full environmental impact statement, which would have been placed on public exhibition to allow the community the opportunity to scrutinise the proposal and its impacts.”

“Environmental protection and the preservation of the rights of the community are contingent on applying and following the environmental planning laws correctly.”

“Our client is concerned that industrial scale CSG operations are incrementally rolling out across the Pilliga region as exploration activities without the community having a say, and without adequate environmental assessment or safeguards.”

The Pilliga is the largest unfragmented block of temperate dry forest in eastern Australia. It also acts as a significant recharge area for the Great Artesian Basin, one of Australia’s most important ground water resources.

The case will run for two days in the NSW Land and Environment Court. More background on this case can be found at the EDO NSW website. 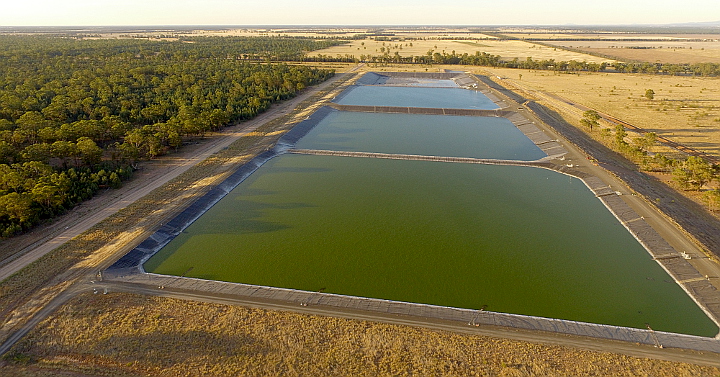 CSG waste water being held by Santos in the Pilliga.