Fifth-generation farmer Wendy Bowman (pictured) and the residents of Camberwell have had a legal victory over an open cut coal mine project approved next door to their village in the Hunter Valley. 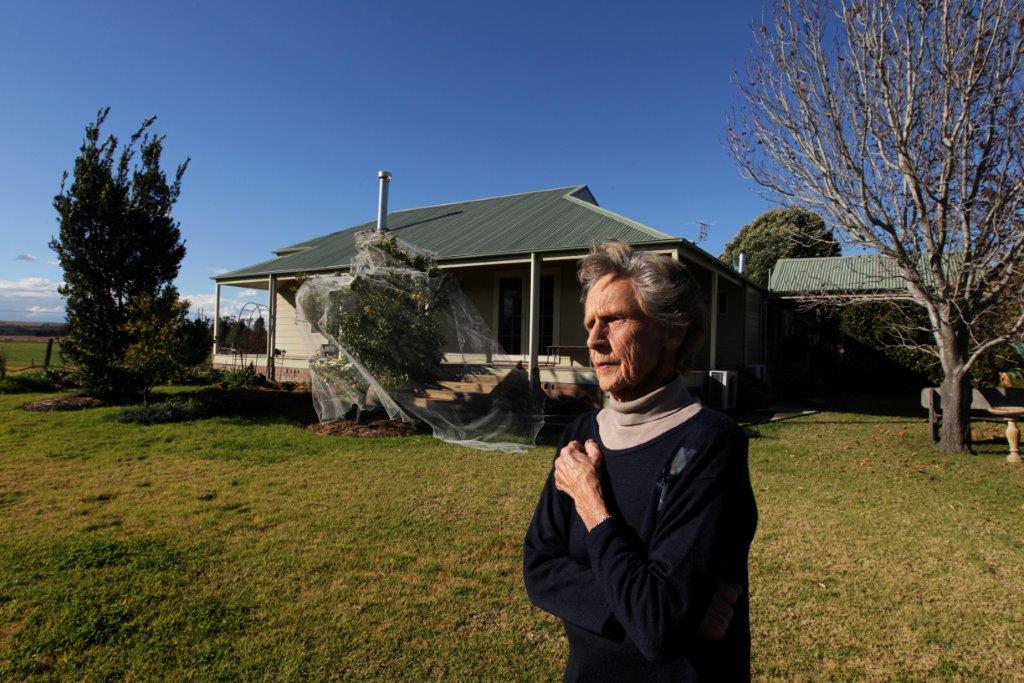 Chinese-owned coal mining company Yancoal must now buy Mrs Bowman’s farm before it can start work on the expansion of its Ashton coal mine, according to new conditions of approval for the project set by the NSW Land and Environment Court.

Mrs Bowman’s property, on the banks of Glennies Creek, sits on the site of the proposed coal pit. Mrs Bowman says she’s not going to sell her 190 hectare property ‘Rosedale’ to the mining company and the mining company cannot compulsorily acquire her land.

The new conditions are the result of a legal challenge by the Hunter Environment Lobby, represented by EDO NSW, to the project’s approval by the NSW Planning Assessment Commission (PAC).  While the Court ultimately determined that the mine could go ahead, it imposed a new set of conditions for the development.

The condition requiring Yancoal to buy Mrs Bowman’s property was imposed primarily due to the fact that Mrs Bowman’s farm makes up approximately 50% of the site of the proposed mine pit and the mine expansion had been assessed and approved on the basis that the owner ofc the property would not be living there during the life of the project, given the severe impacts of dust and noise from the mine on the residence.

Without the protection of that condition, Yancoal could have been able to proceed with the project and begin mining up to and around the boundary of Mrs Bowman’s property with substantial environmental consequences for that property, placing pressure on Mrs Bowman to sell her land.

The Court also imposed a compensation condition for two neighbouring rural properties heavily impacted by the mine, including a dairy farm which has been in the same family since the 1830s, one of the oldest farming families remaining in the Upper Hunter.

Strengthened conditions were also imposed by the Court on the management of impacts to biodiversity, blasting, land acquisition and the public’s ability to access information on air quality monitoring.

Mrs Bowman, who was awarded an Order of Australia in 2013 for community service, says she not only wants to protect her family’s farm but is also concerned about the health impacts of air pollution from the proposed mine on the people living in and around Camberwell. She is also worried about the risk of water pollution and reduced water resources for local farmers who rely on Glennies Creek, an important tributary of the Hunter River.

This outcome was only possible because the community had the right to challenge the PAC’s decision on the merits. This allowed them to raise a number of concerns about the negative impacts of the proposed development before an impartial and specialist Court. The community’s right to mount merits appeals to major developments in the NSW Land and Environment Court has been restricted by successive NSW Governments. Merits appeals are no longer available where the PAC holds a public hearing as part of its development assessment process.

EDO NSW has previously outlined the inadequacies of PAC public hearings and their inability to substitute for a full merits review of a development decision in the NSW Land and Environment Court.

While the NSW Government is ensuring any controversial resource developments avoid facing a merits appeal by local communities, the NSW Independent Commission Against Corruption (ICAC) has recommended that the scope of these type of legal appeals be expanded as an anti-corruption measure. In its 2012 report Anti-Corruption Safeguards and the NSW Planning System ICAC states:

“The absence of third party appeals creates an opportunity for corrupt conduct to occur, as an important disincentive for corrupt decision-making is absent from the planning system.”

Public access to an independent and specialist court such as the Land and Environment Court is vital to just outcomes in controversial planning matters. In this case, the Court balanced the interests of Yancoal in expanding its mine with those of affected landholders and the environment.