Our new CEO David Morris came to the role having spent four years with EDONT in Darwin. So, how has his time in the NT influenced his approach to public environmental law? We asked about the highlights of his time heading up EDONT, why he became an environmental lawyer and how he stays optimistic.

Q: You’re originally from Melbourne, but after four years in Darwin do you see yourself as a Territorian - or now a national citizen, with your move to Sydney?

A: I’m not sure what I would call myself. I want to be a good global citizen. I certainly formed a very strong attachment to the Northern Territory over the past four years and there will always be a big place in my heart for Victoria, particularly the coast. 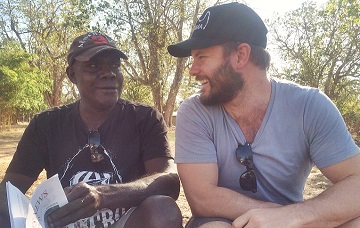 I’m certain that I will quickly grow to love the NSW environment and look forward to camping trips along the coast this summer. Professionally what I’m interested in is helping people use the law to protect the environment and the environment doesn’t abide by lines on a map, so you have to be able to think multi-jurisdictionally. [Right, David with Eddie Mason, a traditional owner from Maningrida, NT.]

Q: When did you decide to do law? What led to that decision?

A: I had the incredible fortune of attending two outdoor education centres, Mittagundi and Wollangarra, during high school.  Those places had a profound influence on me, along with my love of the ocean and, particularly, the Victorian coast.  I certainly always dreamed of working in the environmental space, though for most of my high school years I actually wanted to teach outdoor education.

I was influenced by a couple of teachers at my high school who thought I might find a career in environmental law more rewarding than a career being out in the environment. Ultimately, they were right and it does very much feel like I’m doing what I’m supposed to.

Q: What was the most surprising experience while you were CEO in the Northern Territory?

A: There was a mix of good and bad surprises during my time at EDONT.  Perhaps the most surprising change for me was in my final week.  The Northern Territory Government decided to change its policy with respect to the public release of security bonds held for NT mines.

EDONT had been acting for Garawa Elder Jack Green for years trying to get transparency around the security held by government for rehabilitation of the McArthur River Mine. The work had seen a successful appeal to the Supreme Court which was on foot when the government changed the policy providing complete transparency for rehabilitation bonds across the board in the NT.  The change in policy took me completely by surprise.  A good surprise and a welcome step in the NT Government’s commitment to greater transparency in environmental decision making.

Q: What was your most satisfying achievement at EDONT?

A: In terms of lasting impact, helping the traditional owners of Watarrka National Park to finally have the government respect their wishes and formally prohibit all forms of gas and mining development in the National Park was an absolute standout.

It stands out because of the strength of the client group, who had been ignored for so long, the great collaboration between our office and the Central Land Council to help the traditional owners achieve the result, the unanimous wishes of the traditional owner group and the wonder you can’t help but feel when you’re in Watarrka. [Below, an aerial shot of Watarrka by David.] 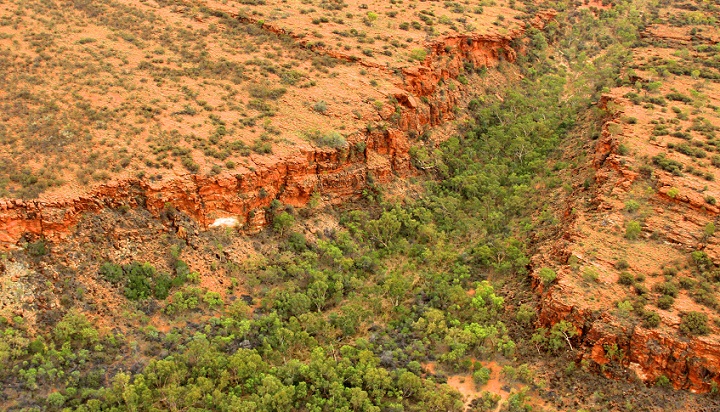 Q: What has been the most disappointing environmental law development of the past few years?

A: Working with the EDO’s clients in the Gulf of Carpentaria has been one of the great privileges of my life. The fact that they are burdened with the McArthur River Mine’s monumental problems and have so few legal rights is something that troubles me greatly.

The mine’s life is at a turning point, with the mine seeking an extension of its current authorisations. Unfortunately the Territory still has arguably the weakest environmental assessment laws in Australia and, while reform is underway, it’s difficult to have confidence in the NT’s environmental assessment process as it is applied to McArthur River.

Q: Given the avalanche of bad news on the environment, how do you stay hopeful – if you do?

A: You absolutely stay hopeful. It’s not just hoping, actually, it’s optimism.  I’m optimistic largely because of the people I get to work with day in, day out.  Contrary to what you might expect, these people are upbeat and truly live out a belief that they can change the world.

People like Aboriginal elders Jacky Green, Stewart Hoosan and Nancy McDinny, who continue to fight for their country and culture; EDO lawyers all around Australia who provide people with legal tools to protect the environment and communities from degradation and pollution; these are the people that keep you positive.

I also believe that most Australians want to protect the environment.  Some don’t, but most people do.

Q: What will you miss about the Territory? What won’t you miss?

A: I’ll miss most of it. I won’t miss mosquitoes and build-up humidity.

Q: Which change to environmental law would you most welcome?

A: Clearly at a Commonwealth level we need a meaningful legal framework to tackle climate change.  We currently don’t have one.

In the Northern Territory there are so many changes needed.  A requirement (with a corresponding offence provision) for proponents to refer projects with potentially significant environmental impacts to the NT Environment Protection Authority for assessment would be right up there.  Currently there is no requirement to refer and, obviously, no consequence for not doing so.

In NSW, at this early stage, I’d refer that question to our brilliant policy and law reform team. 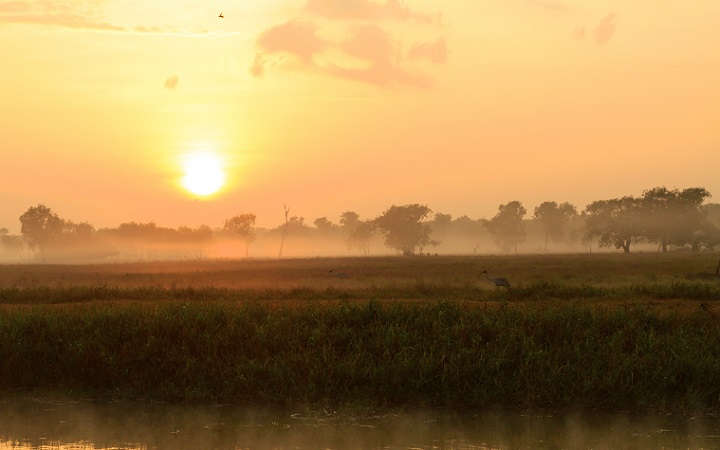 A brolga in Kakadu National Park. (Photo by David Morris.]