With the help of our supporters, EDO NSW has had a busy and successful year. As we look forward to an exciting 2016 together defending the environment through law, here are just a few of the highlights from 2015.

2015 was our 30th anniversary year, and what a year it was! We secured a number of landmark victories for the environment and the community through our litigation and legal advice work. We continued to make policy and law reform submissions to the NSW and Australian governments suggesting ways that the law can be improved. We held workshops across rural and regional NSW to build the capacity of the community to engage effectively in environmental decision-making and to protect the environment through law. We held a 30th anniversary gala dinner to celebrate our achievements, raising over $60,000 on the night which will help us to continue our work helping communities protect the environment.

We proved on behalf of the Humane Society International that a Japanese whaling company is in contempt of the Federal Court of Australia for killing whales in the Australian Whale Sanctuary in the Antarctic, securing a $1 million fine, the largest fine in any contempt proceedings in Australian history, and the largest fine ever imposed in Court proceedings under our national environmental law. This is also the first time that a fine has been imposed in contempt proceedings brought to protect biodiversity under these laws.

We were successful on behalf of the Mackay Conservation Group in having the Federal Court set aside the Australian Government’s approval of the Carmichael coal mine in central Queensland, which would have been one of the largest coal mines in the world and responsible for substantial greenhouse gas emissions. This was a wonderful example of the rule of law working well, with the community using the legal system to keep a check on government power and ensure that an unlawful decision was set aside.

We successfully defended on behalf of the Hunter Environment Lobby a condition requiring a coal mining company to obtain prior permission to access a farm property before expanding its open cut coal mine near Camberwell in the Hunter Valley. This condition is an important safeguard for minimising the adverse environmental and social impacts of the mine’s expansion.

We confirmed on behalf of a Lismore Aboriginal Elder who was seeking effective protection of Aboriginal cultural heritage and biodiversity that community consultation is fundamental to the process for making and amending local environmental plans, ensuring procedural fairness and the transparent and accountable exercise of government power.

We farewelled our long-standing Executive Director Jeff Smith. Jeff joined us as Policy Director in January 2002, and took on the role of Executive Director in 2003. In his 14 years with EDO NSW, Jeff has been a frank and fearless leader, dedicated to the protection of the environment through law. Jeff has steered us through good and bad times with professionalism, poise, and passion.

We welcomed our current Principal Solicitor, Sue Higginson, as our new Chief Executive Officer. Sue has been with us for ten years, pioneering our regional and rural outreach program by opening our first regional office in Lismore in 2006 and for the past few years heading up our extremely important litigation program.

We are very grateful to the communities and supporters who made our year so successful. Whether you donated, volunteered, followed us on email or social media, or helped spread the word of the good work we do together – thank you. Your support is vital to our ongoing viability. With your help, and under our new leadership, we are well-equipped to meet the challenges that lie ahead. 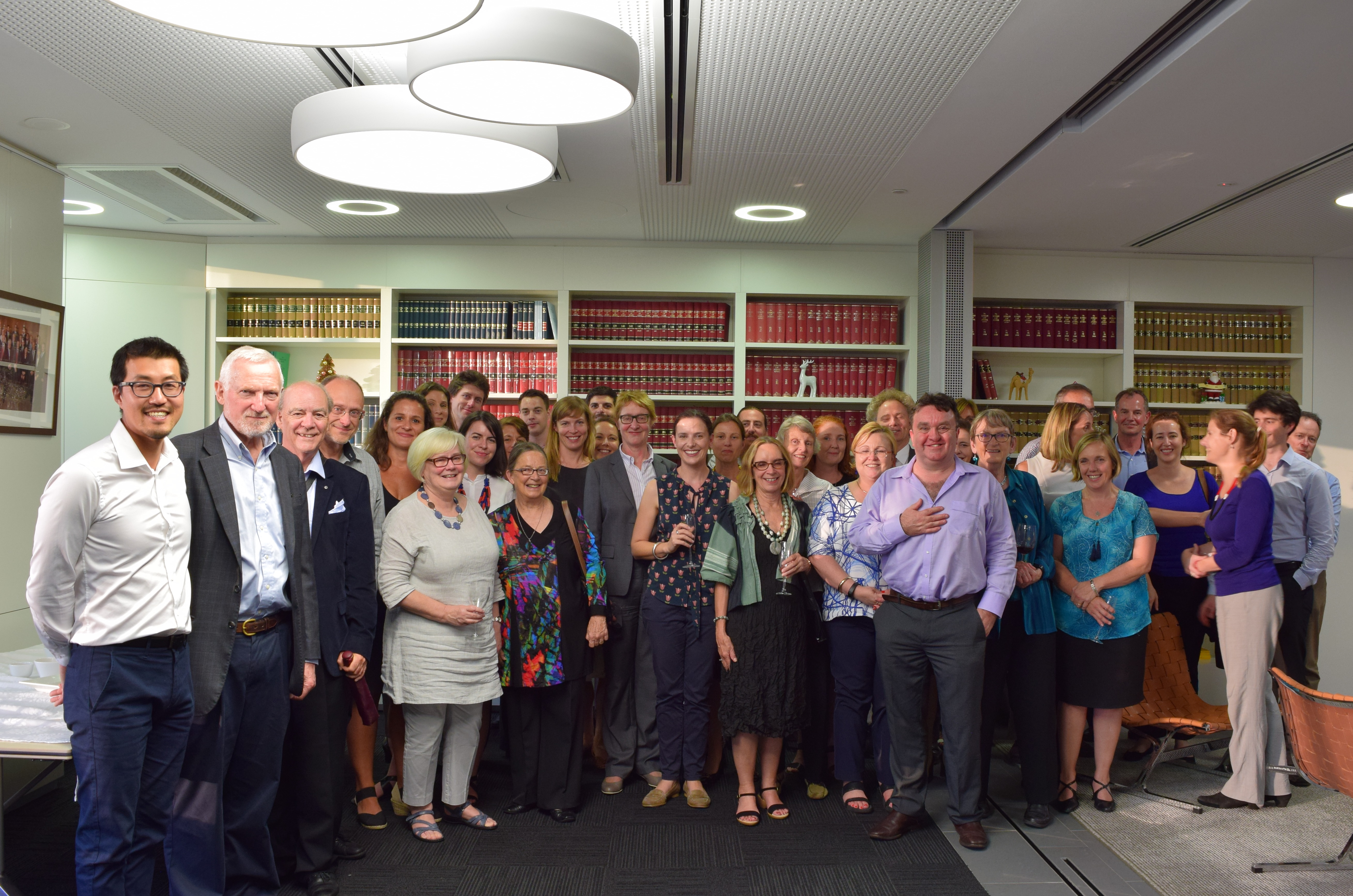