Australia's environmental ball-tampering moment is past due - EDO NSW

When will Australia's environmental laws have their ball-tampering moment?

Recently I was fortunate to be in Canberra surrounded by an inspiring collective of lawyers, scientists, academics and advocates. We had come together for the Better Laws for a Better Future symposium, to discuss Australia’s environmental laws and, specifically, how to fix them. 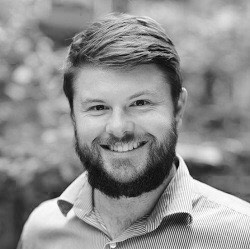 During the day, a question was asked which has stuck with me since: “When will Australia’s environmental record, and the laws which have overseen it, have its ball tampering moment?” This generated a few laughs and at the time I thought it was largely rhetorical.  But it’s actually an incredibly important question. What will it take to jolt Australians out of our comfortable inertia when it comes to our national environmental laws?

A number of remarkable events during the past few years have made me think ‘This must be it, this will be a moment that generates such public outrage that our politicians will have no option but to swiftly address the major issues that currently plague our key commonwealth environmental law, the Environment Protection and Biodiversity Conservation Act 1999’ (the EPBC Act to its mates). In every instance I have been wrong.

Our appalling record on land clearing - which sees us rival Brazil in terms of deforestation - hasn’t seen the Commonwealth step in to take a role; neither has our position as the nation with the worst extinction record for mammals. Not even the devastating coral bleaching of the Great Barrier Reef, one of our national icons, has caused the requisite public outcry over our inept environmental laws. 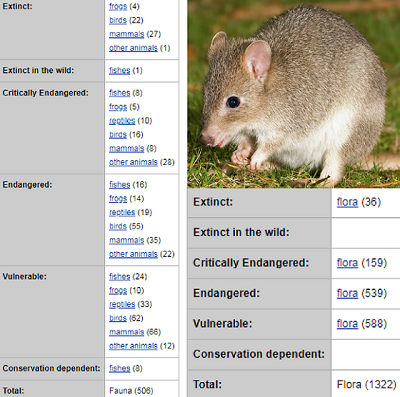 In fact, the use of existing laws has been decried by some politicians as “lawfare” and attempts have been made to wind back standing provisions which give environmental groups standing to sue under the EPBC Act.  The EPBC Act, which since 1999 has purported to protect threatened species from significant impacts, has instead seen us add species to its threatened species lists, which now contain over 1800 threatened species. In 2017 Australia was found to be one of seven countries responsible for more than half of all global biodiversity loss.

None of these extraordinary facts has seen a critical mass of Australians demanding new environmental laws. Apathy remains. I wonder whether the solution to the malaise is a reframing of how we advocate for stronger environmental laws: instead of making it about protection, why not make it about fairness?

There are two examples of swift legislative change I believe provide some support for that proposition and hopefully some hope for the development of new environmental laws in the near future.

This first is (believe it or not) the Murray Darling Basin (MDB). Recent mismanagement and misfeasance aside, the Water Act 2007 was instigated by former Prime Minister John Howard as a response to the Millennium drought but also to address issues of inequity and unfairness in the distribution of the MDB’s precious water resources across the four states it intersects.

The second is the chain of responsibility amendments to the Environmental Protection Act 1994 (Qld), which allow certain individuals to be made personally responsible for mining rehabilitation costs in the event that a company is unable to meet its obligations.This was a direct response to the exceptional unfairness associated with taxpayers having to bear the burden of meeting rehabilitation expenses at Queensland Nickel, following the mining operation’s collapse.

These two legislative actions have at their heart fairness, accountability and balance. Perhaps it’s time we reframe our advocacy for environmental law reform around the concept of fairness. Because, on any measure of fairness, our environmental laws and policies are failing. They’re failing to ensure we meet our international commitments to biodiversity and climate change – and worse, they’re failing our kids and condemning our grandkids and the rest of the world’s to a very uncertain future. And that just ain’t fair. It’s not what Australia is about.

What cricket’s ball-tampering debacle gave us was a glimpse into the national psyche; it showed just how high a value we place on fairness as a nation. We are a nation that likes to play by the rules.

Why should it be any different when it comes to our environment? In 2016, in Paris, we made a commitment (albeit a modest one) to the rest of the world that we would reduce our greenhouse gas emissions. The climate challenge is a global one and we’ve signed up and committed to playing by the rules. That requires us to meet our commitments; literally everyone on the planet is relying on us. But, as many of you will be aware, it seems our international commitments, and the Paris Agreement itself, are largely symbolic in the absence of meaningful legislation and action at the domestic level. Our current laws fail to create the necessary nexus between our international commitments to reduce emissions and our on-ground project approvals. Our state-based approvals system allows emissions to continue to rise at a time when the science unequivocally says they must fall.

Consider recent approvals for major coal mine expansions in NSW, enormous land clearing approvals in Queensland and the Northern Territory and the potential for fracked gas in Western Australia. Our last emissions records show our emissions tracking up, not down. Of note, our current Federal environmental laws include no climate trigger and don’t – directly at least – tackle land clearing or shale gas developments.

As a country, our environmental laws are woefully out of date and we are now a laggard in response to both climate change and biodiversity protection. It has not always been so.

So, what next? Well, in the past 10 days the Federal Government has announced a narrow, single-industry-focused review of the EPBC Act. Specifically, how the EPBC Act interacts with the agricultural sector. Moreover, the EPBC Act is due for its second statutory review next year.

In my opinion, we need another review like we need a hole in the head. The 2009 Hawke Review contained some impressive and important recommendations - most of which were sadly not taken up by the government of the day. So do we do it again? Another extensive, expensive review?

The answer should be no. What we need is a reset, a rethink, a restart. We need the Federal Government to enact new environmental laws which have fairness as a keystone. Because right now our laws aren’t working and we’re having a lend of ourselves, our kids and grandkids, as well as every other country doing its bit to address the urgent global problem of climate change. And that just ain’t cricket.

This is a fuller version of Environmental ball-tampering moment overdue, published in the Newcastle Herald on Thursday 19 April 2018.