The Environmental Defenders Office (EDO NSW), representing Humane Society International Australia (HSI), has successfully argued the public has a right to know that the Australian Government decided to accredit the NSW landclearing offsets policy despite concerns it failed to meet national environmental standards. 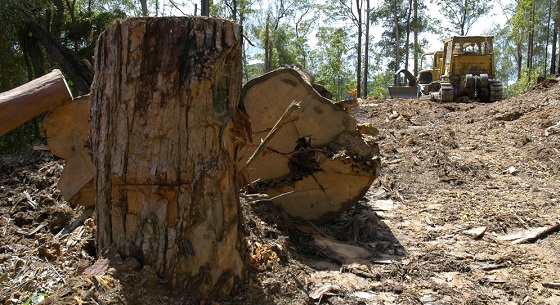 14 May 2018: Documents released under Freedom of Information law (FOI) show that the Australian Government identified significant areas where the NSW Biodiversity Offsets Policy for Major Projects, which assesses whether and on what basis projects can undertake broadscale land clearing, failed to meet the environmental standards of the Commonwealth Environment Protection and Biodiversity Conservation Act 1999 (EPBC Act).

Despite this, the Commonwealth Minister for the Environment agreed to accredit the NSW policy, allowing projects that impact on threatened plants and animals to be assessed under the lesser standard.

The objective of FOI legislation is to promote better-informed decision-making by increasing scrutiny and discussion of Government activities. Despite this clear mandate to make important information available to the public, HSI, a not-for-profit environmental organisation, faced an unnecessarily drawn-out legal process in the Administrative Appeals Tribunal, as the Department of the Environment continued to object to the release of information.

David Morris, CEO of EDO NSW, stated: “It is appalling that the Australian Government put our client, HSI, through more than two years of litigation, only to release all the documents requested.”

“EDO NSW will always fight, as long and as hard as necessary, to advance the interests of our clients, who in this case were seeking to uphold crucial democratic rights which ensure transparency of government decision-making.”

Alexia Wellbelove, Senior Program Manager at HSI, stated: “This is a major victory for freedom of information, one that shows the serious implications for handing over environmental decision making to the States and Territories. The Australian public has a right to know why the Federal Government gave the go-ahead to a policy that it had itself identified as not meeting national environmental standards. Humane Society International is grateful for the strong representation we received from the EDO in this important case.”

Biodiversity offsets allow developers to buy or manage land elsewhere, or pay money into a fund, to compensate for the clearing of forests and areas containing threatened plants and animals.

Expert scientific and legal analysis clearly showed that the NSW offsets policy provides weaker environmental protection than required under national environment laws. This finding is supported by the more than 60 documents eventually released through these proceedings.

“The documents show the Department of the Environment expressed significant concerns about whether the NSW offsets policy would achieve adequate environmental protection for our nationally threatened plants and animals. Despite these concerns, the policy was accredited and a large number of projects in NSW, both recently approved and currently being assessed, continue to rely on that policy to justify land clearing,” David Morris of EDO NSW said.

The released documents showed that in assessing the NSW policy, the Australian Government identified significant inconsistencies between the draft NSW policy and the EPBC standards.