The NSW Government wrapped up major changes to logging on public land in late 2018 and now turns its attention to private native forestry, with the first round of public consultation open until 31 January 2019.

Major reforms of public forestry in NSW wrapped up at the end of 2018. As feared, the roll-over of Regional  Forest Agreements (RFAs) was indeed a foregone conclusion despite the failure to do timely and comprehensive five yearly reviews and the lack of evidence to show the agreements were actually achieving their aim of ecologically sustainable forest management; and a new Coastal IFOA was finalised without resolving the fundamental conflict of an agreement claiming to achieve mutually incompatible objectives of ‘no erosion of environmental values’ and ‘no net reduction in wood supply.’

The NSW Government is now turning its attention to forestry on private lands.

Here we provide a quick update on these recent developments, and what is happening next. Please also refer to our earlier updates Forest Law Frenzy in NSW, June 2018, and What’s the latest in NSW forestry reform? , September 2018. 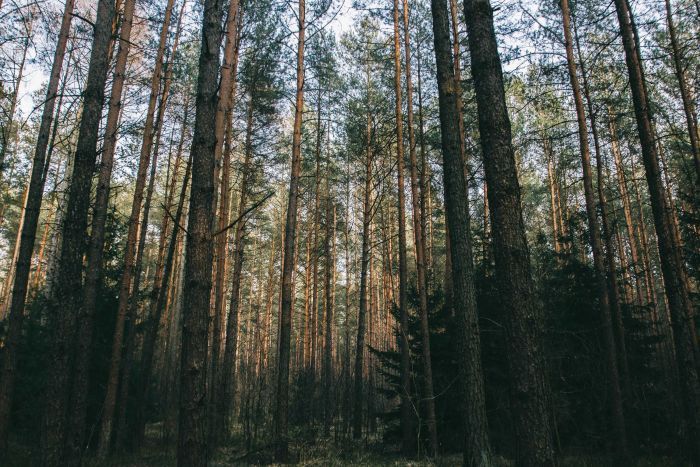 1. Regional Forestry Agreements (RFAs) between Commonwealth and NSW have been renewed

On 30 November 2018, the Commonwealth and NSW governments renewed the three NSW Regional Forestry Agreements (RFAs) for the Eden, North East and Southern regions. This followed a review and consultation period and separate, belated five-yearly reviews of the former NSW RFAs.

Our submission to the five-yearly reviews of NSW raised five key concerns, namely that the RFA reviews had not occurred in the required timeframes, poor community consultation, lack of third party civil enforcement provisions and a culture of non-compliance, limited data on environmental indicators and the need for transparent forestry governance and operational requirements. These concerns were repeated in our submission opposing the proposed renewal of the NSW and Commonwealth RFAs, and remain largely unaddressed.

Notwithstanding the serious concerns and lack of evidence to demonstrate that RFAs were ecologically sustainable forest management, the NSW RFAs have been renewed for another 20 years. This means the agreements are now extended until 2039 and also provide for a five-year rolling extension mechanism subject to satisfactory performance.

On 16 November 2018, the NSW Government remade the IFOAs for the Upper North East, Lower North East, Southern and Eden regions into one Coastal IFOA. This consolidated agreement sets the ground rules for logging along the entire NSW coast (excluding Wollongong and Greater Sydney) and tablelands - spelling out how the Regional Forest Agreements apply in practice. Other IFOAs are in place for the Brigalow Nandewar, South-Western Cypress and Riverina Red Gum regions, but are not currently under review.

The remake of coastal IFOAs followed a review of the relevant IFOAs and a public consultation process. EDO NSW made a submission commenting on both the forestry policy settings that inform the IFOA and the detailed provisions of the draft Coastal IFOA, and provided over forty recommendations. Key points raised in our submission included:

While the final Coastal IFOA did address some EDO concerns, including in relation to stream headwaters and hollow-bearing trees, the majority of EDO’s key concerns and recommendations remain unaddressed.

EDO NSW will continue to work with client as and community groups concerned about logging. We will be analysing the implementation of the new agreements as they are implemented.

3. What Next? NSW has commenced a review of Private Native Forestry (PNF)

Following a recommendation made by the Independent Biodiversity Legislation Panel in 2014, the NSW Government recently commenced a review of the regulatory framework for forestry operations on private land. Private native forestry (PNF), which refers to the commercial harvesting of forests and timber production on private land, is currently regulated under Part 5B of the Local Land Services Act 2013, but was previously regulated under the now repealed Native Vegetation Act 2003.

The Review is currently seeking public comment on matters identified in the PNF Review Terms of Reference. Submissions will be received until 31 January 2019. There will be an opportunity to provide additional feedback on revised draft PNF Codes of Practice later in the year.

EDO NSW has prepared a submission to the PNF Review, which you can download here.

Further details on how to make a submission are on the PNF Review website.

The proposed timelines include:

EDO remains very concerned about the trajectory of forest policy in NSW. We will be keeping a close eye on proposals – such as the proposal to re-map old growth forest to increase wood supply. EDO NSW will continue to closely watch the roll out of the new Coastal IFOA and NSW RFAs and work with the community to highlight any key concerns with how forestry operations are being carried out in NSW.