A packed courtroom sat in silence on Tuesday afternoon, while Counsel Robert White made his closing arguments to the Chief Judge and Senior Commissioner on why the Court should refuse approval for the greenfield Rocky Hill coal mine.

There was much technical discussion about the global carbon budget, geopolitical climate policy, the Paris Agreement and markets for coking coal.

But ultimately, the argument was simple – if the science of climate change is accepted, then this greenfield mine must be refused to help reduce emissions and stay within the global carbon budget.

As Emeritus Professor Will Steffen said during expert testimony in Court last week:

“There is no way you will meet any of these targets if you continue to increase emissions and I think that's a clear and very robust outcome of applying a carbon budget approach to the Paris targets ... So step number 1, if you're really serious about the Paris targets, is no new fossil fuel developments. I mean, it doesn't take an Einstein to work that out, that you cannot reduce emissions by increasing them.” 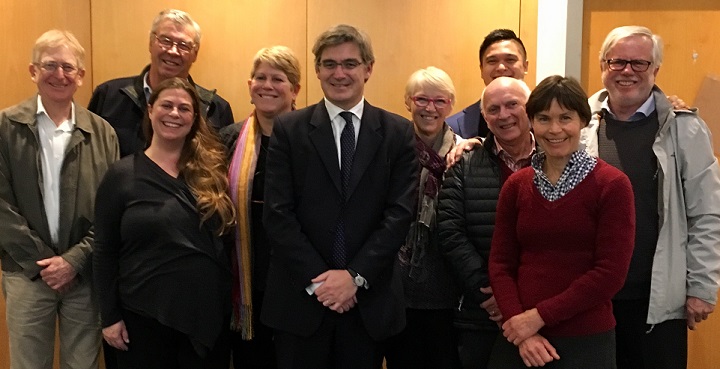 “We say, your Honour, that the settled evidence before this Court is based on the scientific consensus that the urgent need is for greenhouse gas emissions to be reduced rapidly around the world, and in this country, to the fullest extent possible if the world is to have any chance to meeting the well below 2 degrees Celsius target enshrined in Paris. We submit, your Honour, that GRL has been unable to prove through its evidence in this case that the approval of the mine will reduce carbon dioxide emissions, not increase them.”

The Court has reserved judgement.

More on the hearing:

* Gloucester coal mine hearing: Week one