EDO NSW, on behalf of its client the Inland Rivers Network, has commenced civil enforcement proceedings in the NSW Land and Environment Court in relation to allegations of unlawful water pumping by a large-scale irrigator on the Barwon-Darling River.

This hearing will be held over ten days, commencing on 9 March 2020.

The two water access licences at the centre of these allegations allow the licence holder to pump water from the Barwon-Darling River in accordance with specified licence conditions, as well as rules set out in the relevant ‘water sharing plan’. The conditions and rules specify – amongst other things – how much water can be legally pumped in a water accounting year (which is the same as the financial year) and at what times pumping is permissible (which depends on the volume of water flowing in the river at any given time).

Our client alleges that the holder of these licences pumped water in contravention of some of these conditions and rules, thereby breaching relevant provisions of the Water Management Act 2000 (NSW) (WM Act). The allegations are based on licence data obtained by EDO NSW from Water NSW, a state-owned corporation charged with the responsibility of regulating compliance with the WM Act.

Analysis of this data, along with the relevant rules and publicly available information on river heights, indicates that the licence holder may have pumped significantly more water than was permissible on one licence during the 2014-15, 2015-16 and 2016-17 water years, and taken a significant amount of water under another licence during a period of low flow when pumping was not permitted in the 2015-16 water year.

Both allegations concern the potentially unlawful pumping of significant volumes of water, which may have had serious impacts on environmental flows in the river and downstream water users. However, our client is particularly concerned by the alleged over-extraction in the 2014/15 water year, as this period was so dry that the Menindee Lakes – which are filled by flows from the Barwon-Darling River – fell to 4 percent of their total storage capacity. This in turn threatened Broken Hill’s water security and led the NSW Government to impose an embargo on water extractions during part of that year in order to improve flows down the Barwon-Darling into the Lakes and Lower Darling River.

In these proceedings, the Inland Rivers Network is seeking, amongst other things, an injunction preventing the licence holder from continuing to breach the relevant licence conditions. In addition, and in order to make good any depletion of environmental flows caused by the alleged unlawful pumping, our client is also asking the Court to require the licence holder to return to the river system an equivalent volume of water to that alleged to have been unlawfully taken, or to restrain the licence holder from pumping such a volume from the river system, during the next period of low flows in the river system. Failure to comply with a court order constitutes contempt of court, which is a criminal offence.

EDO NSW is grateful to barristers Tom Howard SC and Natasha Hammond for their assistance in this matter.

Matt Floro, Solicitor at EDO NSW, has carriage of this matter for IRN.

To stay up to date with this and all our cases, sign up to our weekly eBulletin. 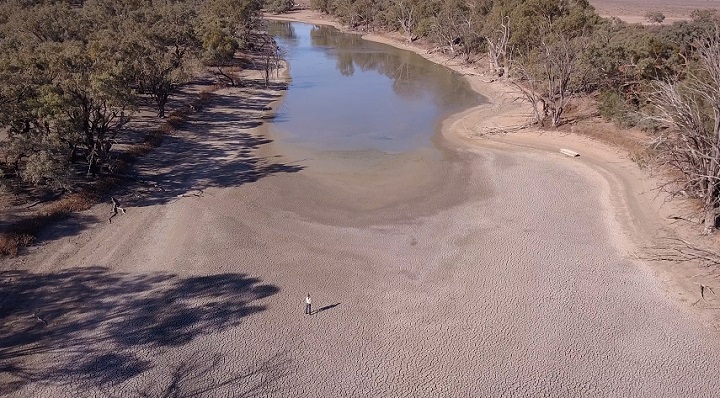 Sign up to receive updates on the EDO's work on water law and policy, especially relating to the Murray-Darling Basin.