Law of the Land: Rise of the Environmental Defenders - EDO NSW

Law of the Land: Rise of the Environmental Defenders

In Sydney in 1981 a small group of people met to conceive a bold dream – a system of law that had been geared primarily to protect private property and individual freedom should be regularly used to protect the commons against the depredations of those very interests. 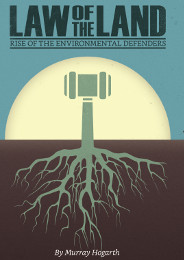 It was by no means the first time or the first place that the potential of law to advance environmental values had been recognised. Conservation organisations of various kinds have existed for a long time and have shown a remarkable growth since the middle of the 20th century. From time to time they have been able to employ, or recruit on a pro bono basis, lawyers to assist them in their campaigns.

What was remarkable about the 1981 gathering was that it was a meeting of lawyers who were themselves environmentalists who wanted to establish a legal service that would be on call to protect the environment, and indeed might even at times be seeking lay clients with the courage and fortitude to take up the role of litigant.

The organisation that resulted four years later, originally the Environmental Defender’s Office of NSW Inc., now officially shortened to its nickname, the EDO NSW, remains as it was conceived in 1985, a lawyers’ organisation.

The rest, as they say, is history – a history told with passion, thoroughness and insight by Murray Hogarth in this book.