Our client Lock the Gate sought access to information held by the NSW Government about secretive deals relating to the “buy-back” of the coal exploration licence for Shenhua Watermark Coal Pty Limited’s (Shenhua) controversial Shenhua Watermark Coal Mine in the Liverpool Plains in north central NSW, one of the nation’s most productive agricultural regions.

Lock the Gate argues that the public has a right to know about deals made behind closed doors in relation to the exploration and development of the proposed Watermark coal mine. Lock the Gate argues that accountability and transparency in this case are essential given the significant predicted impacts of the Watermark mine on the Liverpool Plains, the nation’s agricultural industry, local communities and the environment.

On behalf of Lock the Gate, we asked the NSW Civil and Administrative Tribunal to decide that the release of this information is in the public interest.

In January 2019, the NSW Civil and Administrative Tribunal upheld the decision of the NSW Government to withhold key documents relating to the Shenhua Watermark Coal Mine.

Read more about this here >> 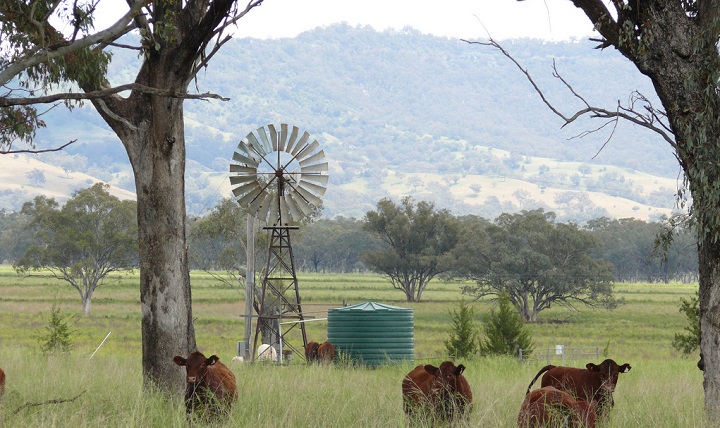 Farmland on the Liverpool Plains. Photo: Lock the Gate Alliance.

In July and September 2017, respectively, Lock the Gate made applications to the NSW Department of Planning and Environment and the NSW Department of Premier and Cabinet for information about Shenhua’s application to renew its exploration licence for the Watermark mine. That information encompasses secretive dealings between Shenhua and the NSW Government that resulted in the buy-back of around 51% of the exploration licence, which covered the highly fertile “black soils” of the Liverpool Plains, at the cost of $262 million to the public.

Whilst the NSW Government claims that the buy-back was necessary to protect the black soils from mining, and thereby the agricultural industry of the Liverpool Plains, Lock the Gate contends that the buy-back will do nothing to lessen the expected impacts of the mine. Furthermore, Lock the Gate argues that the buy-back was completely unnecessary. The NSW Government could have used its powers under the Mining Act to reduce the size of the exploration licence by 50% upon its renewal without the payment of any compensation to Shenhua.The NSW Government could also have cancelled the exploration licence outright given that Shenhua had allegedly failed to comply with a condition of the licence that required substantial development of the Watermark mine to have commenced by October 2016, eight years after the initial grant of the licence in 2008.

The information sought by Lock the Gate includes Shenhua’s submissions on the licence renewal application, its request for the abovementioned licence condition to be suspended, Ministerial briefings and draft deeds of agreement about coal exploration and mining titles. The NSW Government has withheld this information on the basis that, amongst other things, it contains Cabinet information, was provided in confidence, or that its release may be prejudicial to Shenhua’s business interests – and therefore that there is an overriding public interest against its disclosure.

On the contrary, Lock the Gate argues that the overwhelming public interest in the release of the information is clear.

Access to this information will increase the accountability and transparency of the NSW Government in relation to the exploration and development of coal in the Liverpool Plains. This is particularly important in these circumstances where the Government has done deals with a private, foreign-owned, coal mining company behind closed doors and these have resulted in the expenditure of vast amounts of public funds without clear justification.

Access to this information is also vital for the public to have confidence in the decision-making processes of the NSW Government in relation to dealings about coal mining and exploration projects. This is essential where these dealings involve projects that are likely to have significant economic, social and environmental impacts and in which a number of stakeholders have expressed competing views. The more transparency around those deliberative processes, the more likely it is that they will be of high quality and will serve the public interest.

Brendan Dobbie, senior solicitor for EDO NSW, has carriage of this matter for Lock the Gate and our Principal Solicitor is the solicitor on record.

We are grateful to barrister Scott Nash for his assistance in this matter.