Update: In October 2017, the NSW Environment Minister remade the decision not to list the Sirius building on the State Heritage Register. The Department of Planning and Environment has prepared zoning, height and Gross Floor Area controls to the site in advance of a sale process by landowner Property NSW.

Update 25 July 2017: Millers Point Community Association was successful in its challenge. The Court held that the Minister's decision not to list the building on the State Heritage Register was invalid and of no effect and ordered the Minister to remake the decision in accordance with the law. The NSW Government has been ordered to pay our client's legal costs. This is a seminal judgment on the Heritage Act, which has been in force for 40 years and came about as a result of the Green Bans of the 1970s in the Rocks.

EDO NSW represented community group Millers Point Community Assoc. Incorporated in its successful court challenge to NSW Minister for Heritage's decision not to list the Sirius Building in Millers Point, Sydney, on the State Heritage Register, even though the Heritage Council recommended that the building be listed.

Sirius, a public housing building owned by Property NSW, is recognised in Australia and internationally as a good example of ‘brutalist’ architecture – a 20th Century architectural style that might seem ugly to many people, but many consider to be bold, uncompromising, truthful, functional and egalitarian.

The complex was built to rehouse public housing tenants who were under threat of eviction when The Rocks area was being proposed for redevelopment in the 1970s. It is an iconic building, not just because it is a rare example of 'brutalist' architecture, but also as a reminder of the 'green ban' movement of the 1970s led by Jack Mundey. That historic social movement saved The Rocks, now a Heritage Conservation Area, from destruction and ultimately led to the introduction of key environmental laws, including the Heritage Act 1977. 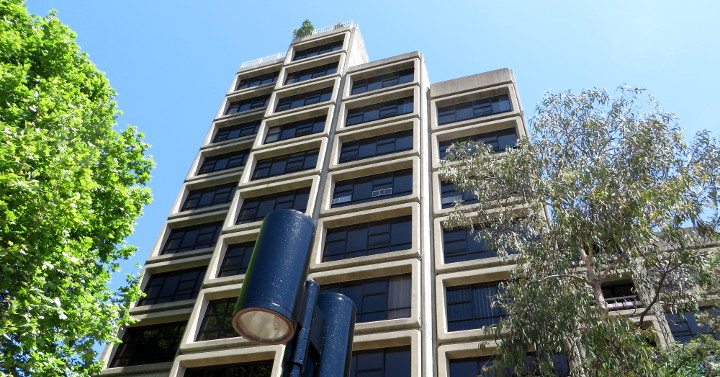 In December 2015, the Heritage Council recommended that the Sirius Building be listed on the State Heritage Register because of its rarity and aesthetic value.

In other words, in considering whether to add the Sirius Building to the State Heritage Register, the Minister placed greater importance on the loss of funds to the Government from the sale of the building than on the building’s heritage significance.

Our client challenged the Minister’s decision for two reasons: first, that he incorrectly interpreted the meaning of ‘undue financial hardship’ to the Government and considered that a drop in the building’s sale value and the potential use of that revenue for social housing elsewhere was a reason not to list the building under the Heritage Act 1977 (NSW) (Heritage Act); second, that he failed to determine whether the Sirius Building was of State heritage significance in a way that is required under the Heritage Act.

Put simply, our client argued that the Heritage Act does not allow for the Minister to consider a potential loss of funds to the NSW government or foregone funds for social housing as justification for not listing a building on the State Heritage Register.

The Land and Environment Court declared the Minster’s July 2016 decision not to list the building invalid, ordered the Minister to decision in accordance with the law. The NSW Government has been ordered to pay our client's legal costs.

Belinda Rayment, Solicitor at EDO NSW, had carriage of this matter for Millers Point Community Association.

We are grateful to barristers Bruce McClintock SC and Shane Prince for their assistance in this matter.

Link to this case summary.

EDO Insider CPD Seminar - join the legal team who ran the case for the inside story.