The NSW Government has announced key changes to the way that councils can set land aside for environmental conservation and management in the Far North Coast area of NSW. The changes weaken environmental protections and may have State-wide implications.

The NSW Minister for Planning has announced key changes to the way that councils can set land aside for environmental conservation and management under Local Environmental Plans (LEPs) in the Ballina, Byron, Kyogle, Lismore and Tweed Local Government Areas (LGAs). These changes are significant for the Far North Coast environment, and carry the potential for State-wide environmental implications.

The changes, which are set out in the Northern Councils E Zone Review Final Recommendations Report, water down these five councils’ ability to zone land for environmental conservation and management. The changes also offer weaker environmental protections than those proposed in the interim report released by the Department of Planning and Environment for public comment in June 2014. 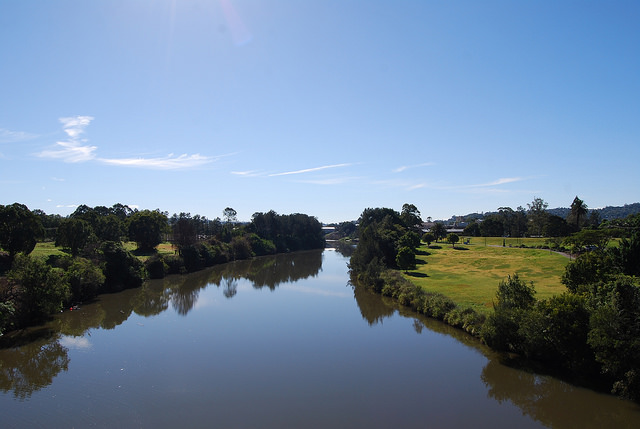 The Far North Coast is one of the most biologically diverse regions in NSW and agriculture is a major part of the regional economy. See our previous article for a history of the review, and read more about the background to these recommendations in our court case challenging amendments to Lismore LEP.

Where can E zones be applied under the changes?
Councils are now only be able to apply E zones to land that is deemed to be of very high conservation value, such as certain recognised littoral rainforest, certain coastal wetlands, key threatened species habitat, and rare, endangered and vulnerable forest ecosystems. Scenic values can no longer be used as an attribute for the application of an E2 or E3 zone or mapped planning controls. In addition to this, the ‘primary use’ of the land needs to have been either environmental conservation (E2) or environmental management (E3) for the preceding two years before it can be zoned E2 or E3.

Extensive agriculture will now be permitted with consent in the E2 zone and permitted without consent in E3 zones in the relevant LGAs, and the E zones will not include buffers to the vegetation attributes that meet the E zone criteria.

Biodiversity field inspections and ground surveys are required in order to verify whether the land meets the criteria in order to be zoned as E2 or E3. Even if land is verified as having met the criteria for an E zone, it is not mandatory for the council to apply an E2 or E3 zone to it. If the council believes the intended primary use of the land does not warrant an E zone, then other mapped planning controls can be applied. In most cases, privately-owned land will not have an E2 or E3 zone applied to it unless the landowner agrees or requests it.

The Department is considering a revision of the Standard Instrument LEP to remove ‘aesthetic values’ from the zone objectives of the E2 and E3 zones. The possibility of an amendment to NSW planning legislation to remove or extend the 12 month time limit which extinguishes existing use rights for the land use ‘extensive agriculture’ is also being investigated.

These changes are a considerable erosion of the fundamental objective of E2 and E3 zones, being to protect, manage and restore areas with high or special ecological, scientific, cultural or aesthetic values. This is of particular concern given that the reforms apply to one of the most biologically diverse regions in NSW. These reforms are also worrying in the context of the NSW Government’s biodiversity legislation review which from all indications to date is likely to result in further weakened protections for native flora and fauna.

More information
EDO NSW will be running workshops in the Far North Coast region about what the reforms mean for the environment and the community. Find out about upcoming workshops by signing up to our eBulletin.