It’s been almost two years since the NSW Government introduced a new scheme for regulating land clearing and biodiversity in NSW. While the business of tree clearing has continued apace under self-assessed codes, fundamentally important parts of the scheme are still missing. This EDO NSW series of legal updates looks at how the laws are being implemented and the regulatory gaps that are putting our wildlife and healthy sustainable landscapes at risk. This first update looks at the missing pieces. 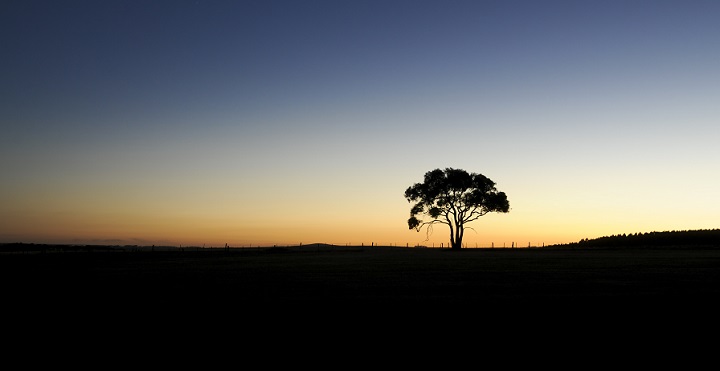 When the new native vegetation laws under Part 5A of the Local Land Services Act (LLS Act) commenced in August 2017, there was a strong emphasis on de-regulation. Previous legal requirements – for example, that broadscale land clearing was banned unless it could be shown to maintain or improve environmental outcomes – were removed in favour of self-assessable codes and more flexibility to use biodiversity offsets. The legislation established various mechanisms to facilitate the new approach to land clearing, most notably a requirement for a regulatory map to determine where the new rules apply, and for a native vegetation panel to assess applications for any clearing that could not be done under a code or exemption. Another mechanism included in the Biodiversity Conservation Act (BC Act), to ostensibly offer some limits to unfettered clearing, was the ability to declare Areas of Outstanding Biodiversity Value (AOBV).

After almost two years, it is clear that the new codes have been embraced and applied broadly across NSW, but what about the other foundational aspects of the Act? The regulatory map still has not been finalised, there is no evidence of any assessments by a Native Vegetation Panel or public information on who the panel is, and not even a process for nominating an AOBV, let alone any declarations. This legal update examines these missing elements.

So why is an incomplete map problematic?

An incomplete map makes an already confusing regulatory scheme even more difficult to navigate for landholders and members of the public alike. In the absence of a final map, it is up to landholders to decide whether their land is regulated or not. Landholders are responsible for determining the categorisation of their landholdings that are not yet mapped and although landholders can request assistance with categorising land, there is no requirement to do so. Landholders can contact the Office of Environment and Heritage (OEH) for a copy of a completed map relating to their property [1] but members of the public are not able to do this.  At this stage, the community has no way of knowing how land is classified unless it is vulnerable or sensitive land, or is exempt from the LLS Act. 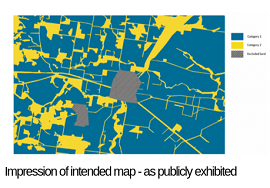 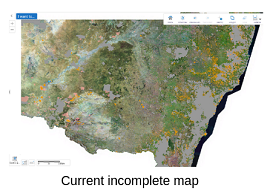 It is inappropriate and risky to expect landholders to self-categorise their landholdings. Some landholders may not have appropriate skills to accurately identify important species or ecological communities on their property. Further, requiring landholders to self-categorise their land raises a potential conflict between economic and environmental interests. It would be in a landholder’s best interests to self-assess their land as Category 1 (exempt land) because that means there is no requirement for authorisation to clear.

Already weak regulatory protections for native vegetation may not be applied to land that is incorrectly self-classified.

Members of the public have traditionally played an important monitoring role with regards to native vegetation compliance but now have no way of knowing whether unmapped land is subject to any restrictions under the LLS Act. There is no way to know whether observed clearing is being undertaken lawfully. This places a heavier burden on the regulator to monitor compliance and undermines community confidence in the regulatory regime. (This will be discussed further in the next part of this series, on Compliance and Enforcement of the new laws).

Assessment by the Native Vegetation Panel

The legislation establishes that the Panel is an independent body consisting of three members appointed by the Minister. Applications for Panel approval must include a biodiversity development assessment report which is prepared by an accredited assessor and identifies the biodiversity values of the area to be cleared and the type and number of biodiversity credits that will be required to offset those values. The Panel must consider the environmental, social and economic impacts of the proposed clearing and must refuse any applications that are likely to have serious and irreversible impacts on biodiversity values. Certain tree clearing actions in urban areas and e-zones also require assessment by the Panel. (This will be discussed further in a following update on Tree clearing in urban areas and E zones).

That sounds good on paper, but the actual existence and role of the Panel remains unclear. There is very little publicly available information as to whether the Minister has appointed any members to an interim Panel and no specific details regarding application forms or guidelines have been released. Limited information about the Panel can be accessed here.

According to the public information register, there have been no applications to the Panel since the scheme began.

This suggests that all the significant clearing currently happening in NSW is now being done under a self-assessable Code or allowable activity. Uncertainty regarding the Panel is concerning as it is unclear whether potential clearing of land containing high value conservation native vegetation,  threatened species or ecological communities  is being appropriately regulated, despite the LLS Act containing mechanisms for assessment and approval. There are supposed to be some limits to code-based clearing, but in the absence of a final map and panel, are any other mechanisms providing protection?

Whilst allowing increased self-assessed clearing, it was intended that the laws would at least retain protections for critical habitats. The new BC Act established that Areas of Outstanding Biodiversity Value (AOBV) are special areas that contain irreplaceable biodiversity values that are important to the whole of NSW, Australia or globally.  When an area is declared to be an AOBV, code-based clearing is not allowed and the Minister for Environment must take steps to enter into private land conservation agreements with any landholders whose land is within the area.

AOBVs are therefore an important mechanism for recognising and protecting particular areas which make a significant contribution to biodiversity conservation. However, no new AOBVs have been declared or registered since the BC Act came into effect in August 2017 and no process for community members to nominate AOBVs has been established. Critical habitats for the Little Penguin and Wollemi Pine previously listed under the repealed Threatened Species Conservation Act 1995, are listed as AOBVs, however these are areas not covered by the new vegetation laws.[2]

The AOBV mechanism has not been used and there is no evidence of any intention to implement this important mechanism in areas currently being cleared.

We believe that this mechanism is crucial in curbing the worst excesses of code-based clearing in the areas that will be crucial for healthy resilient landscapes and catchments. This mechanism could also play an important role in developing climate refugia and maintaining important biodiversity areas to restore some balance and legal protections to the current system.

The lack of a finalised NVR map, the unconfirmed existence of a Native Vegetation Panel, and the complete underutilisation of protections such as the AOBV mechanism, mean that after two years, implementation of the new clearing rules in NSW remains without a clear foundation and without proper accountability.

Implementation has focused on facilitating code-based clearing, whilst continually delaying implementation of other aspects of the new laws. These missing pieces – combined with the lack of comprehensive and timely publicly available information about what is being cleared where and what the cumulative impacts of the code-based clearing are - makes assessing the impacts of the new laws a difficult and frustrating exercise. In our view, the partial-implementation approach is putting our biodiversity and resilient landscapes at risk.

In upcoming updates we examine compliance and enforcement of the new laws and how rules for clearing urban trees and clearing in E-zones are being implemented.

Read our previous work and submissions on land clearing and biodiversity reforms here. More information about land clearing laws can be found in our factsheets.