In a win for transparency, the National Offshore Petroleum Safety and Environmental Management Authority (NOPSEMA) has been ordered to release key documents about seismic exploration activities in whale feeding grounds near Kangaroo Island, South Australia.

This win is a stark reminder for all agencies and regulators making decisions about public interest environmental issues that transparency and accountability in decision-making is vital to the proper administration of environmental laws.

NOPSEMA, the Federal agency now wholly responsible for the regulation of offshore gas and oil projects, has released the documents under an order of the Federal Administrative Appeals Tribunal after it finally consented that it should release the documents.

IFAW (International Fund for Animal Welfare), represented by EDO NSW, requested access to the documents under freedom of information laws so that the public could ensure that offshore oil and gas exploration company, Bight Petroleum, is meeting its obligations under Australia’s environmental laws and that NOPSEMA is fulfilling its functions as a public agency.

This outcome reinforces the community’s right to know about important decisions that could affect our environment.

Offshore seismic exploration involves using sound signals to survey the sea floor. Scientific research has found that the technique can impact negatively on marine life by displacing them from their habitat, disturbing the animals’ behaviour and affecting their ability to feed, avoid predators and communicate. The combination of these impacts can significantly affect the health of populations of these marine species.

The exploration area in the Great Australian Bight is habitat for a number of threatened whale species. It’s also home to the Great White Shark, the Australian Sea Lion, and migratory seabird species. The area is near the Western Kangaroo Island Marine Park, which contains colonies of New Zealand Fur Seals, and whales, and dolphins.

Bight Petroleum had objected to IFAW’s request to release the documents on the grounds that the release would adversely affect its business affairs. NOPSEMA also initially refused to release its own assessments, arguing that that the documents would reveal its deliberative process.

It was only after IFAW appealed this decision to the Administrative Appeals Tribunal and had presented its case that NOPSEMA agreed to release the documents. Following this agreement, the Tribunal ordered NOPSEMA to provide IFAW full access to its assessment documents and Bight Petroleum’s full Environmental Plan for its exploration activities.

The public’s right to know

EDO NSW and IFAW welcome this decision as a recognition that the public has a right to know about how NOPSEMA made its decision to allow the exploration, and the likely impacts of the exploration on the area’s ecosystem.

Matthew Collis, campaign manager at IFAW said: “This is an important win as it sets a precedent. In the future, NOPSEMA will have to be more proactively transparent about its decisions to allow oil and gas activities in important areas for endangered whales. NOPSEMA and oil and gas companies need to realise that their activities are matters of public interest and the public expects them to be forthcoming with information if there is to be any confidence in the environmental approvals and regulatory process. It should not have taken 18 months of legal manoeuvering for this information to be released. ”

NOPSEMA was given its approval powers in February 2014 under the Federal Government’s ongoing devolution of environmental powers to States and industry bodies. The Bight Petroleum exploration licence was the first to be assessed and approved by NOPSEMA. 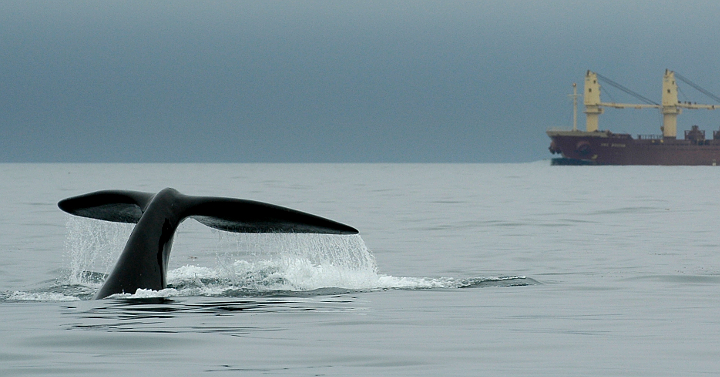