EDO NSW has assisted community groups and individuals in their efforts to conserve protected areas including wilderness areas and World Heritage sites, and public land including common land and community recreation areas, from unsustainable developments and inappropriate and unlawful activities.

Justice Lloyd ruled that the proposed commercial filming of scenes for the war movie “Stealth” in the area was unlawful, in a significant statement on the value of wilderness areas and the protection that should be afforded to them.

The Society claimed that the authority and consent for the commercial filming activities were in breach of the National Parks and Wildlife Act 1974 and the Wilderness Act 1987. Justice Lloyd accepted the Society’s arguments that the proposed commercial filming in a wilderness area was completely antipathetic to the intended use of the land.

His Honour concluded his judgement with the words, “wilderness is sacrosanct”.

CONOS (Conservation Of North Ocean Shores Inc) represented by EDO NSW was successful in its Land and Environment Court challenge to the development consent for the Splendour in the Grass Music Festival.

The Chief Judge of the Land and Environment Court has found that Byron Shire Council acted outside of its power when it granted consent to Splendour in the Grass to hold a music festival on high conservation value lands north of Byron Bay.

A significant part of the land the subject of the development consent is zoned for habitat protection under the Byron Shire Local Environmental Plan. The Court found that the development is properly characterised as a temporary place of assembly which is a prohibited use in the habitat zone.

EDO NSW acted for Friends of Hinchinbrook Society Inc challenging the grant of a consent under the World Heritage Properties Conservation Act to allow the dredging of the Hinchinbrook Channel and removal of mangroves for a resort village adjacent to a World Heritage site.

During the hearing, Cardwell properties made an unsuccessful application for security for costs. The application was dismissed because the judge was convinced that legitimate associations concerned with world heritage properties should be able to raise issues before the Federal Court. This recognised the importance of enabling court cases that seek to enforce the law in the public interest.

EDO NSW would like to thank Mr M.H. Tobias QC and Dr J. Griffiths who represented the applicants in this matter.

The Minister for Lands consented to the sale of Taylor Oval to Fabcot Pty Ltd (Woolworths) to facilitate the development of the site for a Big W department store on 28 July 2011.

Taylor Oval is the most central rugby league and cricket ground in Moree proximate to schools in Moree and the centre of town. Taylor Oval is also a significant site for the local Aboriginal community who believe it is situated near a burial ground for the Gomeroi nation. Bodies of Aboriginal persons were excavated on the site in 1903 and the ashes of Cheeky McIntosh, an Aboriginal leader and elder were scattered on the oval in the 1970's. The site has also been important for reconciliation in the town as an area where both Aboriginal and non-Aboriginal people have mixed over the generations, and which is historic sporting facility.

EDO NSW is acting for a representative of the Moree Murri Taskforce, Lyall Munro who is challenging the decision of the Minister for Lands to approve the sale, and the decision of the Lands Administration Ministerial Corporation to consent to sell. The case focuses on whether the Minister for Lands and the Lands Administration Ministerial Corporation has complied with the requirements of the Crown Lands Act 1989.

The applicant is further seeking a declaration that the decision of the Minister for Lands as trustee of Taylor Oval that it is desirable sell Taylor Oval is in breach of the Crown Land Act 1989 (NSW) and is void and of no effect.

Finally the applicant is seeking an order restraining Minister for Lands and Lands Administration Ministerial Corporation from taking any step to sell Taylor Oval in reliance on its purported decision.

More information about the concerns of the Aboriginal community can be found in an article written by former EDO NSW Principal Solicitor Kirsty Ruddock in Eureka Street.

EDO NSW undertook to support Mrs Olofsson, the secretary of the Camberwell Common Trust, which has held the Camberwell Common on trust for use by the commoners in Camberwell Village since 1876. Mrs Olofsson challenged decisions of the (then) Minister for Lands to revoke the Camberwell Common, reserve it as a Crown reserve, and grant a licence to Ashton Coal to facilitate its plans for an open cut coal mine over the Common. She also sought an order from the Court that the Trust be classified as a ‘landholder’ under the Mining Act 1992 (NSW) and served with notice of a mining lease application. Such notification gives landholders the right to object to mining leases under certain circumstances.

The Court found that the setting aside the land as a common in this case could be automatically revoked under the Crown Lands Act 1989 (NSW). As a result, the Court found that the revocation and subsequent reservation of the Common was valid, and that therefore so too was the licence issued to Ashton Coal. The Court made no finding on whether the Trust was a landholder under the Mining Act as once a common is revoked the Trust that manages the common is automatically dissolved.

An important element of this case was that the Court made a maximum costs order limiting the liability of Mrs Olofsson in the proceedings to $10,000 which allowed Mrs Olofsson to continue with her case. The Court recognised that Mrs Olofsson was bringing the case in the public interest.

EDO NSW is grateful to barristers Reg Graycar and Leigh Sanderson who appeared on behalf of Mrs Olofsson. 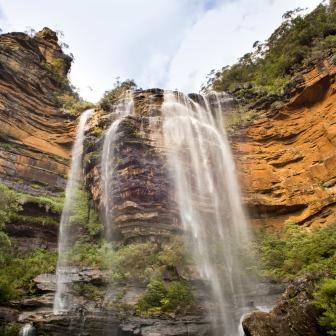 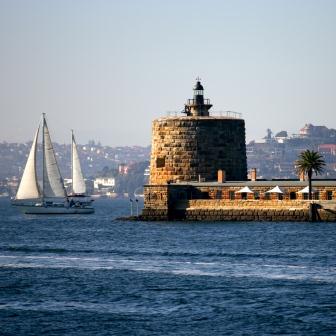