Current laws in NSW take a very Euro-centric, materialistic approach to protecting Aboriginal culture and heritage. It’s an approach focussed on the protection of ‘stones and bones’ that fails to properly recognise the spiritual and cultural connections to Country. Yet Australia’s Aboriginal heritage is much greater than just physical, archaeological evidence – the law’s ‘materialistic’ view of Aboriginal history misses the unique culture and spirit that connects us to Australia’s past and continues to enrich our society today.

NSW heritage laws are in desperate need of reform.

It’s hard to believe that in 2016, Aboriginal culture and heritage in NSW is still dealt with by laws that are designed to protect flora and fauna – mainly through the National Parks and Wildlife Act 1974 (NPW Act). These laws are outdated and fail to properly protect traditional cultural knowledge and sites.

Under the NPW Act, it is an offence to harm Aboriginal objects, like artefacts or human remains. The Act does allow for Aboriginal places to be similarly protected, but it can take months or even years to have an Aboriginal place listed under the Act. It’s the Minister for the Environment who decides whether a place is of such ‘special significance’ that it should be listed. The support of the private land owner is also usually needed before a place can be listed.

Listing has not been prolific: there are currently around 110 Aboriginal places listed on the protection register. 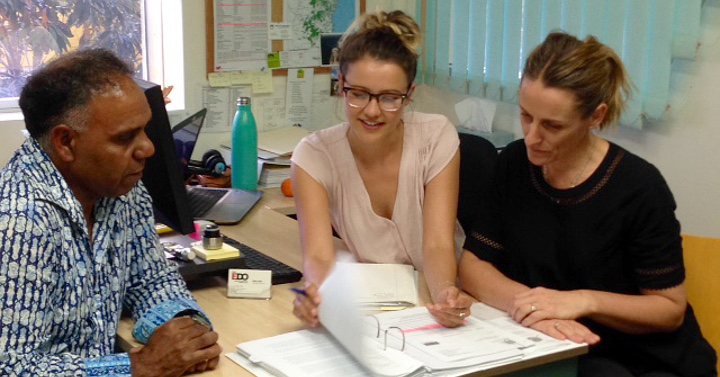 Importantly, the protection offered by this law doesn’t apply if the NSW Office of Environment and Heritage issues an Aboriginal Heritage Impact Permit (AHIP). These permits are routinely granted for projects such as mines, quarries and other large developments. Well over 1300 permits have been issued since 1990 around NSW, allowing the destruction of Aboriginal objects and listed places, with only two recorded refusals since 2010.

Aboriginal people trying to protect the cultural and spiritual values of Country from the impacts of development under NSW laws generally need to obtain support from an archaeological expert about the historical significance of artefacts to non-Aboriginal people.  Once artefacts are identified at a development site, the usual practice is to record the location then remove them, to be stored in an inventory offsite. Given all we now know about Aboriginal culture and heritage and the importance of in-situ protection, such a blatantly Western approach to managing the heritage of such a unique and ancient culture is entirely unreasonable.

With all these hurdles in the system, it is hardly surprising that it’s almost unheard of for identified Aboriginal objects or places to actually be protected over and above developer’s interests.

On 9 September 2016, Gidubul Elder Rob Williams, with our help, obtained an interim injunction in the NSW Land and Environment Court to stop a basalt quarry from going ahead at a sacred men’s site at Cedar Point near Kyogle in Northern NSW. The injunction is in place until the main hearing of the case in November.

Mr Williams claims that the quarry is likely to cause harm to Aboriginal objects at the site and should not go ahead without a permit under the NPW Act.

The issues raised by the case are typical of the fundamental problem with our cultural heritage laws.

The ceremonial men’s site has been registered on the NSW Government’s Aboriginal Heritage Information Management System (AHIMS).  However, in order to be protected from harm in the same way that Aboriginal objects are, it has to be formally listed by the Minister for Environment as an ‘Aboriginal place’ under the NPW Act. This listing process can take months or even years: it all depends on whether the Minister decides the site is of ‘special significance’, and often whether the private landowner supports the listing. 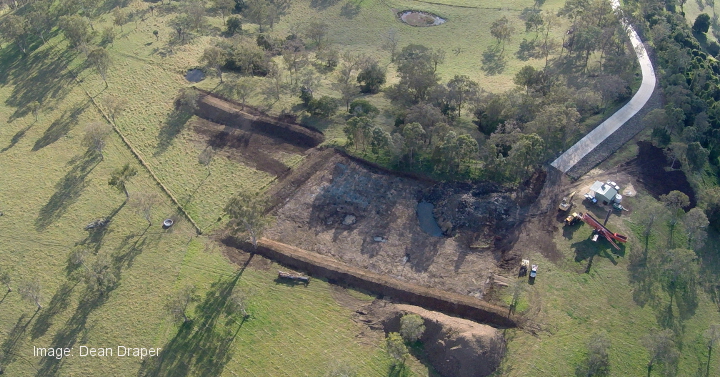 An aerial view of the Cedar Point Quarry.

Before work at the quarry began, Mr Williams sought an urgent interim protection order (from the NSW Minister) to protect the site while he prepared his application for the site to be listed as an Aboriginal place. The Aboriginal place nomination has now been lodged, but his request for the interim order hasn’t yet been determined.

In a final attempt to save the site, Mr Williams, with the help of an expert archaeologist, is now in court seeking to protect any Aboriginal objects, or ‘stones and bones’, that may exist at the site.

It’s clear from this case that where land is privately owned, and harm to a sacred site is imminent, the listing process under the NPW Act is just too slow and not fit for purpose.

The law has forced Mr Williams to prosecute his case based on the material heritage of the site, even though he has always argued that the site is of cultural and spiritual importance. The law fails to properly deal with the reality that the presence of Aboriginal objects is often only part of the story behind an Aboriginal community’s connection with Country.

Our legal system still struggles to properly recognise and protect the spiritual connection that Aboriginal people experience on Country.

There can be a wealth of cultural knowledge held by traditional owners about how sacred and cultural sites were used in the past, and the special meaning they hold for Aboriginal people.

Sometimes, this knowledge is kept secret by Aboriginal Elders and only revealed to non-Aboriginal people as a last resort to save a site from destruction by mining or other kinds of development.

Our cultural heritage laws need be able to offer knowledge-holders confidence that the knowledge about these places itself will be protected in keeping with customary laws and practices.

If people feel confident that their cultural knowledge will be properly respected, places could more easily be protected, and at an earlier stage in the process.

In the Williams case, the Court has recognised the sensitivities around revealing the location of secret sites, and made special orders to limit access to part of the evidence about the sacred men’s site to male lawyers, court officers and archaeologists only. These orders set a valuable precedent in the Land and Environment Court for dealing appropriately with gender-restricted cultural knowledge.

Reform to the NSW legal system for protection of Aboriginal culture and heritage is long overdue. The NSW Government now intends to introduce a new law, to take cultural heritage out of the NPW Act and provide for it in standalone legislation.

Done properly, a standalone Act has the potential to help Aboriginal protect their heritage. It must be done with full consultation with Aboriginal stakeholders about how the laws should work. We need to ensure that we are not just concerned with protection of the ‘stones and bones’ that are of interest to the non-Aboriginal community, but prioritise the immediate protection of places and landscapes with which Aboriginal people maintain a spiritual and cultural connection.

The law ought to be flexible so that protection can be offered for places where the exact locations of sacred or secret sites cannot be revealed to Government officers or decision-makers. And it ought to allow for the protection of sites without the need for lengthy listing processes that rely on Ministerial discretion and private landowner support.

We will continue working with Aboriginal communities and individuals, such as Mr Williams, to help them work within the law to protect their culture and heritage. We’ll also continue to use our expertise to advise on how to improve our cultural heritage laws. 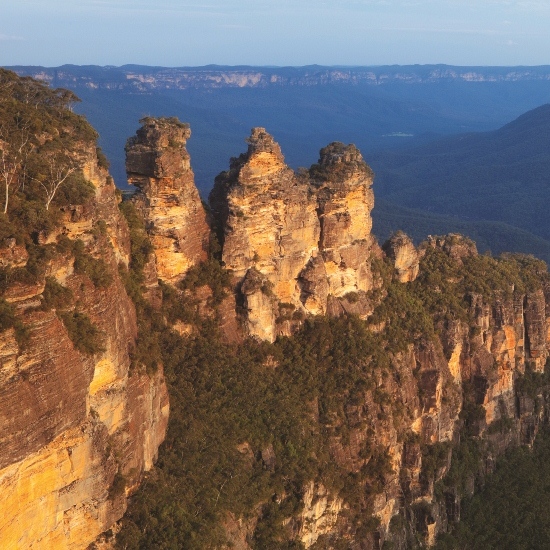 Check out our Law Reform Submissions on Aboriginal Cultural Heritage 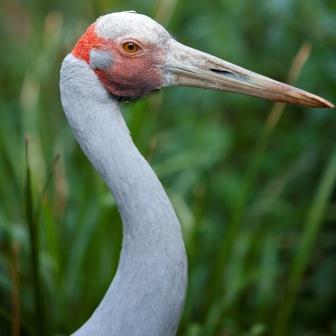 Check out our Fact Sheets for Aboriginal Communities 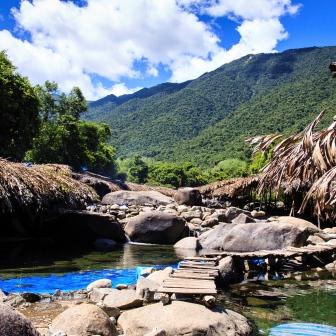 Check out our Past Cases on Aboriginal Cultural Heritage