6 March 2018: Judgment was delivered by the Land and Environment Court.

Community group Residents Against Intermodal Development Moorebank (RAID), represented by EDO NSW, has appealed to the Land and Environment Court to protect a critically endangered ancient plant species thought to be extinct for almost 200 years.

RAID is asking the Land and Environment Court to undertake a full reconsideration of the approval of the large industrial shipping container facility at Moorebank, in Western Sydney, because the critically endangered Hibbertia fumana, thought to be extinct but recently rediscovered in the area of the development, wasn’t considered when the development was approved in December last year.

The Hibbertia fumana was rediscovered in the vicinity of the proposed terminal only 2 months before the Moorebank development was approved. The facility is a major development expected to process 1.5 million shipping containers every year.

In December 2016, the Planning Assessment Commission (PAC) approved the development, but was not told about the existence in the area of the rediscovered species, or the impacts that the development may have on the species.

Hibbertia fumana, a delicate shrub with yellow flowers, was last documented in 1823 and was thought to be extinct. The Moorebank area where the development is located is the only known population of Hibbertia fumana.

Biodiversity is essential for a prosperous economy and healthy environment, but as a nation we are not doing enough to protect it. The State of the Environment Report tabled in Parliament by the Commonwealth Government in March 2017 paints a worrying picture of the rapid decline of threatened species in Australia: “The outlook for Australian biodiversity is generally poor, given the current overall poor status, deteriorating trends and increasing pressures.”

Threatened species are being pushed to extinction development by development, a phenomenon often referred to as ‘death by a thousand cuts’. It is critical to determine whether or not this development will bring about one more extinction.

Our client is asking the Land and Environment Court to undertake a full reconsideration of the SIMTA development approval, including the potential impact on the Hibbertia fumana, and the community more broadly. This is a ‘merits appeal’ based on the public’s interest in protecting critically endangered species and protecting biodiversity.

During the hearing, Qube challenged the community’s right to be heard before the court, and sought to have the whole case dismissed on the basis that RAID was not incorporated at the time they made their submission to the Planning Assessment Commission. EDO NSW successfully defended that challenge in both the LEC and the Court of Appeal, allowing the case to continue all the way to hearing. This was a significant win for community groups across NSW who seek to be heard in merits appeals against major developments.

Belinda Rayment, Solicitor at EDO NSW, has carriage of this matter for RAID.

We are grateful to barristers Andrew Pickles SC and Dr James Smith for their assistance in this matter.

To stay in touch with news on this case and our other cases, sign up to our weekly eBulletin. 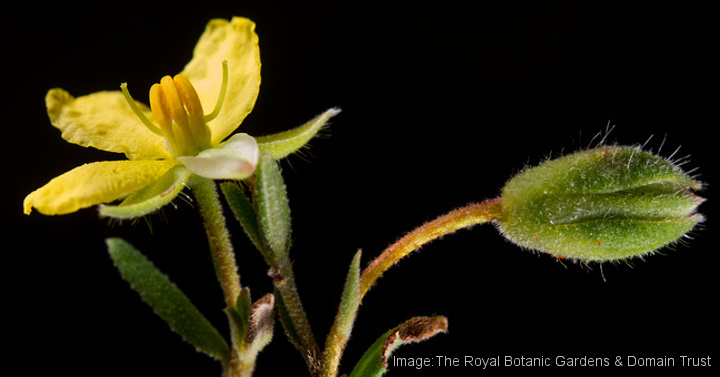