The other Rocky Hill grounds

The ground-breaking climate change aspects of last Friday’s Land and Environment Court merits appeal decision on the Rocky Hill Coal Project continue to be the deserved subject of media attention. However, the Court also upheld the original refusal of the mine on a number of other important environmental, social, economic, and cultural grounds finding that the mine project would “severely impact on people’s sense of place”.

It’s worth taking a closer look at these grounds.

Aboriginal cultural heritage: Knowledge holders of the Worimi/Gooreengai people gave evidence that the valley “is a significant sacred place…”

The Court found the Project would adversely affect Aboriginal people of the area, by impacting their culture and Country; not merely the individual sites already identified, but potentially other unidentified Aboriginal sites. The Court noted: 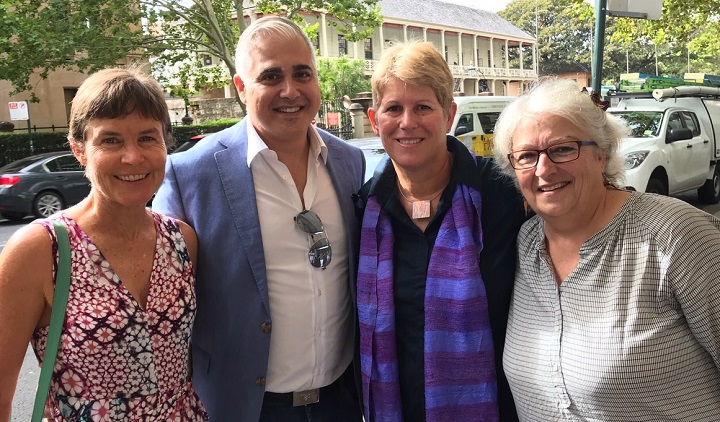 Planning: The Court found that, over time, the local environmental plan had changed from a focus on mining to a focus on sustainable land uses that protect natural resources and heritage values – and a “clean and green” environment. Therefore a coal mine would be incompatible with the likely preferred land uses.

Many local objectors to the Project expressed concern that the mine might affect land uses that depend on a clean and green environment. Tourism operators were deeply concerned about the possible impact on the image of Gloucester as a “green tourism destination”.

“My guests mostly come to visit our World Heritage Barrington Tops, as well as our clean, pristine wilderness areas and rivers… The majority of guests have said they would not come back if a mine went ahead… no-one wants to visit … and holiday in a mining town”.

Visual: The Court found that the mining company had failed to adequately recognise the significance of the visual and landscape values of the town and community of Gloucester, even once ‘remediated’. The Minister’s visual expert gave evidence that “there was considerable risk of partial or total failure of vegetation” planted on the soil mounds removed from the mine area and the Court found they would highly contrast with the existing landscape. This in turn would negatively affect the town’s tourism businesses.

Noise and light pollution: The Court concluded that the visual impact of the Project would be high and that night lighting would be intrusive for residents.

Evidence from Groundswell Gloucester’s expert that mine noise would be louder than background noise and would have a negative impact on the community was accepted.

Jobs: The Court accepted that Gloucester’s ageing population is a reflection of an Australia-wide trend, as is the out-migration of young people in rural and regional areas in NSW.

“[This] is not a trend specific to Gloucester and cannot be attributed to a lack of mining jobs.” Government expert Dr Rebecca Lawrence observed that an influx of higher paid workers for specific mine-related work would likely itself be a source of social division, as the jobs would largely go to people who do not currently reside in the town and would not represent an employment opportunity for residents who are presently unemployed.

Economic and other costs: The judgment thoroughly examines the arguments for and against the mine’s economic benefits and concludes: “Potential economic benefits of the mine are uncertain but in any event have been substantially overstated by GRL”.

Consideration of the broader costs found inequity in the distribution of the Project’s benefits (largely economic) and its burdens or costs (such as environmental, social and economic costs).

In conclusion: The Court found that the exploitation of the coal resource in the Gloucester valley would not be a sustainable use and would cause substantial environmental and social harm. The Project would have high visual impacts over the life of the mine of about two decades; cause noise, air and light pollution; have significant negative social impacts on people’s way of life, community, access to and use of infrastructure, services and facilities, culture, health and wellbeing, surroundings and fears and aspirations. The Project would cause distributive inequity, both within the current generation and between current and future generations.

After balancing all relevant matters, the Court found “that the Project is contrary to the public interest and that the development application for the Project should be determined by refusal of consent to the application.”