A legal challenge to the use of lethal shark drumlines within the Great Barrier Reef Marine Park commences in the Administrative Appeals Tribunal in Brisbane on Wednesday 30 January 2019.

Watch our video A case for sharks >> 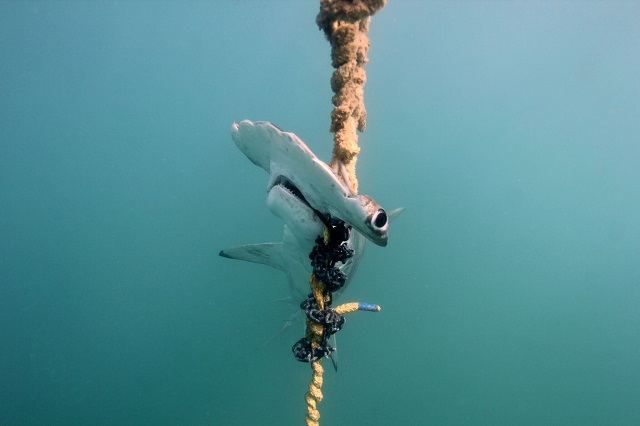 A hammerhead shark on a drumline. Image credit: HSI/AMCS/N McLachlan

HSI will argue that the grant of the permit is inconsistent with the Authority’s legal responsibilities to protect the World Heritage Site, as the use of lethal drumlines imperils the Reef and its marine life (including dolphins, turtles, rays and many species of shark). HSI will also argue that modern technology is available that would manage human-shark interactions effectively without putting the Reef’s ecosystem at risk.

“We’re proud to represent our client HSI in this important case,” said David Morris, CEO of Environmental Defenders Office NSW. “As a World Heritage listed site, Australia has a legal responsibility to ensure the Reef’s protection.”

According to the Queensland Department of Fisheries, at least 578 marine animals have been caught on drumlines within the Great Barrier Reef since July 2016. Many of those were species that are vital to the health of the Reef’s environment. Of the animals caught on the drumlines, at least 432 drowned, whilst at least another 91 sharks were shot dead by Government contractors after being found alive.

“Drumlines were first introduced in the 1960s and since then there have been nearly 60 years of progress in technology and our understanding of shark behaviour. There is ever increasing public support for proper protection for our marine wildlife and we know that there are better ways to protect ocean users that don’t kill wildlife, including aerial patrols, drones, eco-barriers, personal deterrent devices and public education,” said Nicola Beynon, Humane Society International’s Head of Campaigns.

Further information about the case >>