As the end of 2017 hurtles towards us, it’s a great time for me to reflect a little on my first months as CEO and to provide you with a snapshot of just some of the critical legal work undertaken by the sensational EDO NSW team during the year.

In October I took over as CEO from the wonderful Sue Higginson. I’d like to pay tribute to Sue and the rare and outstanding contribution she’s made, not only to EDO NSW, but to public interest environmental law in Australia and to the environment generally.

I also want to thank sincerely Wendy Bowman. Wendy is one of EDO NSW’s true champions and in 2017 was the deserving recipient of one of the world’s most prestigious environmental awards, the Goldman Environmental Prize. The prize recognised Wendy’s outstanding work opposing coal developments in the Hunter Valley. Winners of the Goldman award receive a substantial sum of money and, in an act of incredible generosity, Wendy has dedicated a large portion of the winnings to EDO NSW. It is humbling to receive and a testament to how significant Wendy sees our work.

‘Busy’ is an understatement. I hope you enjoy reading just a few snapshots from our eventful year defending the environment through law. We took on many challenges and are poised to tackle many more in 2018.

Standing up for native vegetation and biodiversity 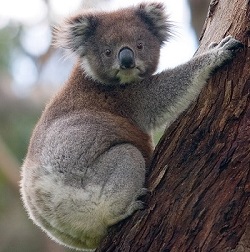 Since the laws commenced in August, we’ve been busy educating urban and rural communities through a series of workshops and presentations, a host of written materials and a large volume of legal advice on the operation of the new laws and how they affect the environment and communities.

We’ll continue to provide feedback on aspects of the new regime that are still being developed and to work with concerned communities.

We’ll also be in Court in 2018 for the Nature Conservation Council of NSW’s case against the Land Management (Native Vegetation) Code 2017, which allows landholders to carry out significant amounts of self-assessed clearing of native vegetation without further approval or environmental assessment. 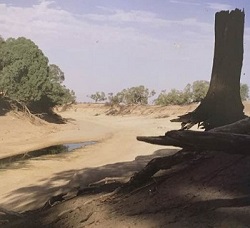 In July, ABC’s Four Corners aired an exposé of alleged illegal water harvesting in the Murray-Darling Basin, highlighting major flaws in the way our water is regulated. This is an issue we’ve been working to fix for a long time, alongside successive governments, scientists and affected communities. In November, we commenced civil enforcement proceedings for our client, the Inland Rivers Network, alleging the unlawful take of water by a large-scale irrigator on the Barwon-Darling River. This case will be heard by the Land and Environment Court in 2018.

In 2018 EDO NSW will continue to advocate for laws that ensure our water resources are managed sustainably and that laws are upheld by all water users. We all need water to survive – and a healthy river equals healthy ecosystems, communities and farms.

Protecting our drinking water from coal 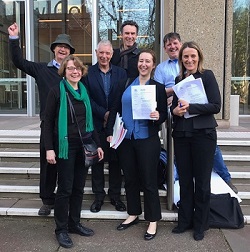 In 2017 we ran the first ever successful judicial review proceedings by a public interest litigant against a coal mine in NSW on behalf of our client, Lithgow community group 4nature, in its ongoing battle to protect Sydney’s drinking water catchment from the impacts of Springvale coal mine. This was also the first case to test laws introduced in 2009 to protect Sydney’s drinking water catchment.

Following 4nature’s win, we filed expert evidence for a further hearing, set to take place in October 2017, to determine what orders should be made. However, the week before that hearing was due to occur, the NSW Parliament passed a Bill which retrospectively validated the approval of the mine extension, despite the findings of the Court of Appeal. The Bill also weakened the laws designed to protect Sydney’s drinking water, allowing extension projects like Springvale to be assessed against current pollution levels.

We continue to advocate through our expert policy and law reform work against the regression of environmental laws and to educate communities about how they can use the law to protect the environment.

With your backing, we can keep supporting clients like 4nature through the entire litigation process, ensuring they can challenge decisions where we think the law may not have been correctly applied and also working towards stronger, more effective environmental laws.

Read more about the 4nature case »

In 2018 we’ll be continuing our fight to uphold environmental laws and protect the rights of communities who care about our environment. But we need your support. Please make a donation this holiday season to ensure EDO NSW is there to defend the environment and advance the law into 2018 and for years to come. Donate online now »

The EDO NSW Sydney office will close from Friday 22 December 2017 and reopen on Tuesday 2 January 2018.

Our Lismore office will close on Thursday 21 December 2017 and reopen on Wednesday 3 January 2018.