EDO NSW supported the Landowners Advocacy and Legal Support Unit (LALSU) within the Public Solicitor’s Office (PSO) in Solomon Islands in making history last week. LALSU represented residents of Wagina Island in the first ever hearing of the Environment Advisory Committee (EAC), a tribunal convened to look at the merits of a development consent for a bauxite mine on the island.

14 December 2018: The residents of Wagina are opposing a bauxite mine that threatens to take over 60% of their small Pacific Island home. Significantly, the Wagina residents are originally from Kiribati and were relocated to Wagina by Colonial powers in the 1950s - apparently due to 'overpopulation', but there have been suggestions that the relocation was related to nuclear testing in the Pacific.

The EAC is a tribunal of lay experts under Solomon Islands' Environment Act 1998 (Environment Act) which has the power to review the merits of development consent decisions. As a result of LALSU’s legal advocacy on behalf of the residents of Wagina, the EAC was convened for the first time since the 1998 introduction of the Environment Act.

Solomon Bauxite Limited (SBL), whose directors have been based in Australia, New Zealand and Hong Kong, was granted a prospecting licence over a large portion of Wagina Island in 2011 and granted a development consent in 2013. The bauxite mining operations will involve development of an airport, roads, excavation and trucking of approximately 150 truckloads (of 30-50 tonnes per load) per day, for 20 years. Overall, SBL expects to extract between 24 billion (24,000,000,000) to 40 billion (40,000,000,000) kilograms of ore body from Wagina over 20 years.

The residents of Wagina were represented by William Kadi, Senior Legal Officer at LALSU, and Mr Trevor Wallwork of the Victorian Bar, who argued that the decision to approve the mine was flawed because the public consultation process and the environmental impact statement (EIS) did not comply with the requirements of the Environment Act. The EAC also heard convincing evidence from four experts, one expert from Solomon Islands and three from Australia, regarding the grave deficiencies of the environmental impact statement. One of the experts later said that the Wagina EIS was the “worst they had ever seen”. On this basis, it was argued that the EAC should refuse the development consent for the mine.

The hearing was a huge success on many levels, including the effective partnership between EDO NSW and LALSU, the empowerment of an incredibly vulnerable community and for strengthening the administration of environmental laws in Solomon Islands. 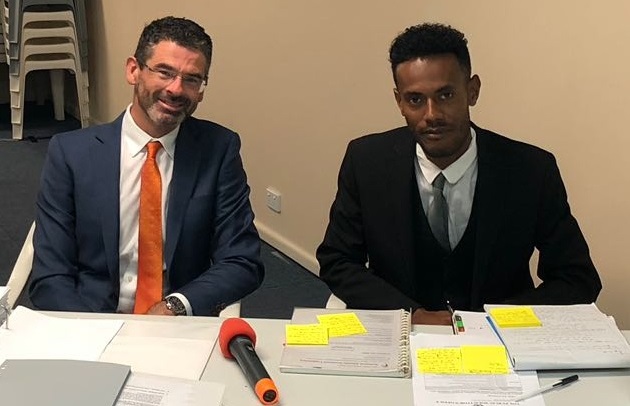 We are hopeful that a decision will be delivered by the EAC in early 2019. Huge thanks must be extended to all lawyers who have worked on this matter within LALSU and EDO NSW since this case started in 2013 and our pro-bono counsel over the years, Ms Fleur Ramsay, Ms Christine Melis and Mr Trevor Wallwork. Also special thanks to Lewis Gordon of Environmental Defender Law Center, Mr David Levin QC of the Victorian Bar, Ms Linda McSpedden, Ms Elaine Johnson, Ms Dianne Mackey, Ms Anna Glasby and Mr Jason Wu for their generous financial support for this case and our work with the PSO.