Using the law to protect the Murray-Darling Basin - EDO NSW

Using the law to protect the Murray-Darling Basin

EDO NSW has commenced civil enforcement proceedings in the NSW Land and Environment Court on behalf of its client, the Inland Rivers Network (IRN), in relation to two water access licences owned by a large-scale irrigator on the Barwon-Darling River.

The two licences that are the subject of these proceedings allow water to be extracted in the Barwon-Darling in accordance with specified licence conditions, as well as rules set out in the relevant ‘water sharing plan’.

Our client alleges that the holder of these licences extracted water in contravention of some of these conditions and rules, thereby breaching certain offence provisions in the Water Management Act 2000 (NSW) (WM Act).

The conditions and rules specify – amongst other things – how much water can be legally extracted in a water accounting year (which is the same as the financial year) and when. The two licences in question and relevant rules permit access to water at specific times and up to a certain volume in any one year. The first, which is known as an ‘A Class’ licence, permits access to ‘low flow’ water. The second, known as a ‘B Class’ licence, permits access to ‘medium flows’.

Usage data obtained by EDO NSW from WaterNSW, together with analysis of relevant rules and publicly available information on river heights, may indicate that the licence holder extracted significantly more water than was permissible under the A Class licence during 2014-15 and the B Class licence during 2015-6. EDO NSW wrote to WaterNSW on two occasions asking if it could provide our client with evidence that the usage discrepancies had been authorised under lawfully issued permits. No adequate response was forthcoming.

Apparent over-extraction in the first half of 2015 (under the A Class licence) is particularly concerning, as this period was so dry that the Menindee Lakes – which are filled by flows from the Barwon-Darling River – fell to 4 percent of their total storage capacity. This in turn threatened Broken Hill’s water security. Indeed, the NSW Government imposed an embargo on water extractions under B and C Class licences during this period in order to improve flows down the Barwon-Darling and into the Lakes and Lower Darling River.

Significance of the case

Despite being made aware of these allegations by EDO NSW on two occasions (in April and August 2017) – and having had access to the data since at least July 2016 – WaterNSW has not provided any indication that it intends to take compliance action against the licence holder.

As some of the alleged breaches date to the 2014-15 water year, our client decided it was important to seek civil enforcement under the WM Act without further delay.

This is the first time a third party has brought proceedings of this kind under the WM Act, which has been in operation for 17 years. The likely reason it has taken this long for the community to commence such proceedings in relation to alleged breaches of licence conditions and rules is a lack of transparency and the complex nature of water laws.

Obtaining water usage data for individual licences from government agencies that are responsible for water management is particularly challenging. This in turn makes it extremely difficult for the community to acquire the evidence necessary to enforce water laws.

However, EDO NSW did manage to use freedom of information laws to acquire the data that is the subject of these proceedings. By way of contrast, we have had ongoing difficulties obtaining usage data from WaterNSW for the licence holder’s other licences on the Barwon-Darling River.

Another barrier to enforcing water laws is their complexity. The rules contained in water sharing plans are highly technical, making it difficult for the community to interpret their meaning. This is where EDO NSW’s expertise comes to the fore.

Civil enforcement proceedings allow the Court to restrain or remedy a breach of the law.

The IRN is seeking, amongst other things, an injunction preventing the licence holder from continuing to breach the relevant licence conditions. It is also asking the Court to order the licence holder to either return to the river the same volume of water alleged to have been unlawfully taken, or to restrain the licence holder from pumping this volume from the river, during the next period or periods of ‘low flows’. The purpose of this order is to make good any depletion of environmental flows caused by the alleged unlawful pumping that is alleged to have occurred in 2014-15 and 2015-16. Failure to comply with a court order constitutes contempt of court, which is a criminal offence.

Why is it important to use the law to protect the Murray-Darling Basin?

The Murray-Darling Basin (MDB) is Australia’s largest, most iconic river system. It covers over one million square kilometres, includes 16 internationally-listed wetlands and is home to some 50 Aboriginal Nations. It also provides drinking water for millions of people and produces around one third of Australia’s food supply. 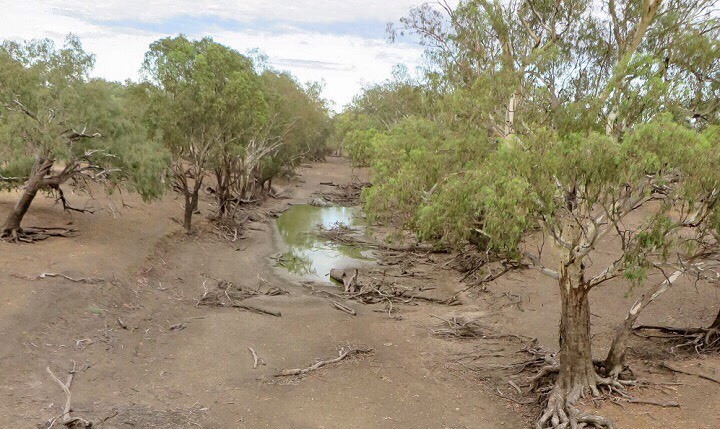 Irrigated agriculture accounts for 80 percent of all water consumption in the MDB, making it a vital industry for many Basin communities. However, by 2008 over-consumption of water – principally for agriculture – had left 20 out of 23 river systems in the MDB in poor or very poor condition.

With this in mind, EDO NSW has consistently argued that the law must ensure that the MDB is managed sustainably and that NSW water laws are upheld by all water users. We all need water to survive – and a healthy river equals healthy ecosystems, communities and farms.