A Court decision has exposed serious flaws in NSW planning laws.  The Court’s finding is that the State’s planning laws do not require decision-makers to consider the NSW Climate Change Policy Framework and Australia’s status as a signatory to the Paris Agreement when considering the approval of coal mining projects in NSW.

20 June 2018: The Land and Environment Court has upheld the NSW Planning Assessment Commission (PAC) decision to approve the extension to Wilpinjong open-cut coal mine near Wollar in the Hunter Valley, despite a challenge on climate change grounds from the Wollar Progress Association, represented by the Environmental Defenders Office (EDO NSW).

EDO NSW argued in a February 2018 hearing that the NSW Climate Change Policy Framework and the Commonwealth Government’s commitment to the Paris Agreement were relevant policies that the PAC was required - but failed - to have regard to when considering the downstream greenhouse gas emissions from the burning of coal from Wilpinjong, a substantial proportion of which will be burnt at Bayswater Power Station in NSW.

In light of the finding, EDO NSW CEO David Morris emphasised the need for reform. “This is certainly not the judgment that we or our clients wanted. But perhaps it’s the judgment we needed. We now know that aspirational policy statements, like those contained in the NSW Climate Change Policy Framework, fail to have any meaningful application to NSW mine approvals. It’s these approvals - and the coal which is consequently mined and burned - that represent NSW’s greatest contribution to global climate change. The Government can no longer claim, or proceed under the illusion, that their policies on climate change have an 'on-ground effect'. They don’t - the Court’s judgment shows they are merely words that do not translate to action.”

“This decision adds weight to the need for law reform to make climate change a critical factor in determinations about projects which will contribute to it. This case highlights the missing link between our aspirations to cut emissions and the actions we must take to get there.”

EDO NSW is proud to have brought this important case on behalf the Wollar Progress Association. “Our client brought this case in the public interest – coal mining’s contribution to climate change is self-evidently a matter of public interest. They are, understandably, extremely disappointed with the decision and will digest the decision carefully before considering their options.” 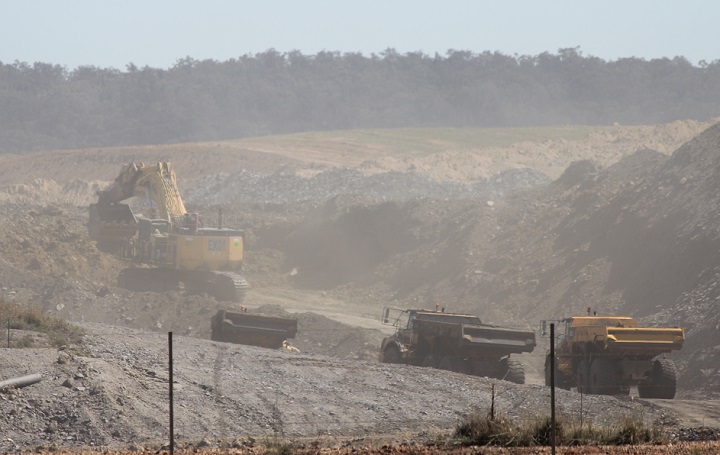 Background to the Wilpinjong case

Wilpinjong coal mine in the south-western edge of the Hunter catchment is owned and operated by Peabody Energy US and has been in operation since 2006. The 28 square kilometre open-cut coal mine lies between Goulburn River National Park and Munghorn Gap Nature Reserve.

In April 2017, Wilpinjong Coal received permission from the Planning Assessment Commission (PAC) [since replaced by the Independent Planning Commission] to expand its open-cut mining operations for an extra seven years and to develop a new open-cut pit that will clear protected native vegetation and bring the mine even closer to the village of Wollar. The Wollar Progress Association - represented by public interest environmental lawyers, EDO NSW - brought court action in August 2017 challenging this decision.

The Wollar Progress Association also argued – unsuccessfully - that the approval was invalid on two other grounds. Firstly, that the PAC was not properly constituted in accordance with legal requirements; and secondly, that the PAC did not undertake a proper assessment of the impacts on biodiversity, as the mine extension would clear endangered ecological communities.

Both grounds were affected by NSW Government amendments to the Environmental Planning and Assessment Act 1979 (NSW) - clearly designed to nullify these aspects of our case before the hearing commenced.